Zille and IRR: What’s inside is exactly what’s on the box

The Institute of Race Relations is not focused on stabilising ‘race relations’ but on arguing for reform, says its head of media. Ninety years is a long time and, in modern South Africa, an aeon. Everything has changed.

Yet, as an organisation that has been around for this long, two things have remained unchanged for the South African Institute of Race Relations. One is our name. And, as Daniel Friedman suggests in ‘Helen Zille, the IRR and the increasingly crowded right-wing closet’ – though for a very different reason – our name is ironic.

It is, if you like, old fashioned, for it reflects what was a 1929 anxiety about a South African society whose fractures aligned with race, and which risked losing touch with itself.

But our name is chiefly ironic because of the second thing that hasn’t changed in these 90 years of the IRR’s existence: our stubborn commitment to the liberal principle that, whatever people look like, however they worship, whatever their language, their liberty is paramount – as individuals. Their race doesn’t come into it.

The truer irony, perhaps, is that any South African in 2019 should hanker for an organisation that dwelled, in Friedman’s phrase, on “creating more stable race relations”.

It is ironic because the idea of “stable race relations” rests unavoidably on a stagnant assumption of the primacy of difference and of achieving some kind of liveable status quo where we all manage to get on after a fashion, without quibbling or arguing, by a tolerable balancing of fixed but irreconcilable quantities.

The sentiment behind the idea of “creating more stable race relations” is one we encounter now and then in exchanges with would-be and no doubt well-meaning advisers who would rather we organised kindly get-togethers where black and white South Africans might join hands in a brave effort to come to terms with what is fated to separate them.

Yet, it is precisely upsetting this imagined status quo that the IRR seeks to do – for two reasons. The first is that it is not true of how South Africans think, for the vast majority want the same things, and agree that we are an indivisible society in which race as a constructed division must be defeated if we are to succeed. (On a point of fact: our polling did not, as Friedman claims, “(conclude) that white South Africans are more often the victims of racism than their black counterparts”, but faithfully recorded the results of the survey – conducted independently by a credible research firm. When asked: ‘”Have you ever personally experienced racism that was directed at you?”, 36% of black respondents said yes, as did 70% of coloureds, 56% of Indians and 52% of whites. The full report contains all the figures, and details of the methodology.)

The second reason why the IRR directs its efforts at dismantling the status quo of high unemployment, persistent rates of poverty and poor life chances is that it is far too true of how most South Africans live – not by choice and not because of their skin colour, but because of socio-economic conditions which, for all the benefits of the post-1994 democratic dividend, continue to fall pitifully short of the tantalisingly achievable promise of a new, fairer, thriving society.

If you doubt it, you have only to consult the IRR’s own research – masses of it, measuring every conceivable feature of life in South Africa against the yardstick of contemporary policy ambitions, and the historical racially inspired abuses they avowedly intend to redress.

A good place to start is the Quality of Life Index first developed by the Centre for Risk Analysis at the IRR in 2017, which benchmarks progress in improving the quality of life of South Africans based on the following 10 indicators (measured on a score of 0 to 10): the National Senior Certificate (NSC)/matric pass rate; unemployment (based on the expanded definition); monthly expenditure levels of R10,000 or more; household tenure status (houses owned but not yet paid off to a bank); household access to piped water; access to electricity for cooking; access to a basic sanitation facility; irregular or no waste removal; medical aid coverage; and the murder rate.

Similarly, IRR research shows that while millions more South Africans enjoy access to education today than in 1994, dysfunctional public schooling means that just under half of children who enrol in Grade 1 will make it to Grade 12; just 28% of people aged 20 or older have completed high school; and that the black higher education participation rate is just 15.6% while that for Indian and white people (aged 20–24) is 49.3% and 52.8%.

The IRR has calculated that of South Africa’s nearly 10 million unemployed people, upwards of 8 million are black, and the unemployment rate for black people is between four to five times higher than that of white people.

In this and other research, the IRR demonstrates that race-based empowerment that fails to tackle disadvantage itself, short-sighted labour policy that prices people out of jobs, and economic and other policies – such as the continuing determination to erode property rights – that undermine South Africa’s capacity to attract investment and stimulate growth are letting the people down, at an especially high cost to the poor.

It is this research that, rather than persuading the IRR to focus on stabilising “race relations”, impels its public argument for reform.

Doing so effectively means asserting two cardinal liberal principles – rejecting race, and stimulating freer thinking, untrammelled by any patronising inclination to politesse for its own sake.

Racialist thinking (and the failing race-based policy it delivers) coupled with an orthodoxy of timidity have had the effect over the past quarter of a century of sustaining division and disadvantage, and narrowing the scope for an honest conversation about the choices that need to be made to create that new, fairer, thriving country. South Africa’s future as an open, prosperous society depends on it.

These are convictions the IRR and Helen Zille share. They well from the plain idea that South Africans are common citizens whose liberty, rights and interests are indivisible, and whose opinions, ambitions and hopes cannot be defined by the accidental marker of skin colour – and cannot be matched in policy if they are.

Friedman can’t be faulted for writing that the IRR “is not an organisation that deals with race relations, but is one pushing a specific classical liberal agenda”.

Indeed, that is our declared objective. To turn Friedman’s final line, what’s inside is exactly what’s on the box.

Morris is head of media at the Institute of Race Relations. This was published as a right of reply. 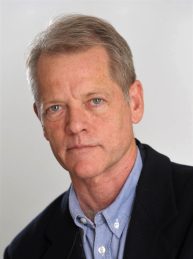