To me, Joburg Zoo’s World Elephant Day is exploitative

Perhaps putting environmental ethics in the school curriculum from a young age would be a more effective way than getting kids to look at animals in cages. In an effort to “raise awareness” about elephants and their plight, the Johannesburg Zoo has decided to open its facilities, for free, to all those who want to hear more about three majestic beasts stuck in a glorified cage.

How is this helpful to the ellies at all, you ask?

It’s not. The concept of zoos has never sat well with me or most people I have spoken to, and although they are seen as a “tool” to expose children to species of animals they may never actually get to see in the wild, it is still a sick concept.

I suppose Joburg Zoo wants to show off their newest additions, Mopani and Ramadiba, and pay tribute to matriarch Lammie, who is probably still adjusting to her new roommates while still mourning the death of Kinkel, but at what cost? To have thousands of noisy kids glare, shout and take selfies in front of animals that actually require thousands of hectares of space to roam free?

I wonder if those who will make an effort to head out to the zoo on August 12 will stop and take in what humans have done to the planet, and how we really are the most destructive species ever to exist. I doubt this concept will be explored by the zoo.

In fact, according to the event press release, the zoo aims to provide every child with “a life-altering experience, of a face-to-face visit with an elephant, to fully value and respect the interdependencies between humans and the planet’s dwindling ecology”.

Perhaps putting environmental ethics in the school curriculum from a young age would be a more effective way than getting kids to look at animals in cages.

But this takes effort and a lot of convincing – so it’s easier to profit from another creature’s misfortunes. And make no mistake – those animals may look fed and complacent, but the wild never really left them.

Zoos exacerbate the idea that these animals are “safe” – perhaps if all the money spent carting elephants from the Eastern Cape to Johannesburg was used on legitimate conservation and education efforts instead, the ellies may be in a better situation – and Lammie might have been able to live out her life in a bigger space, away from bored and curious city dwellers, to retire and die in peace. 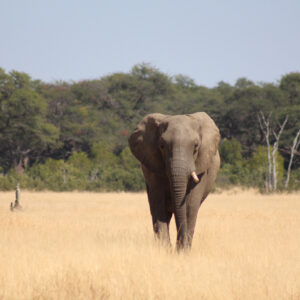 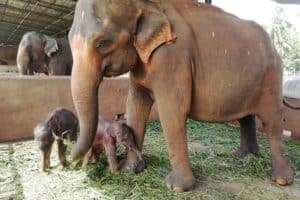 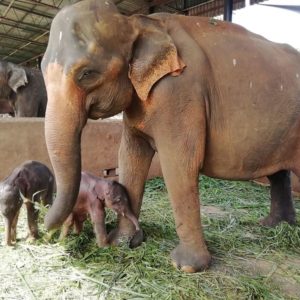