Lions beating the Boks looks as likely as a successful Brexit

‘We offered British citizenship to a number of Springboks. But they laughed at us, telling us our weather was like our beer – kak.’ 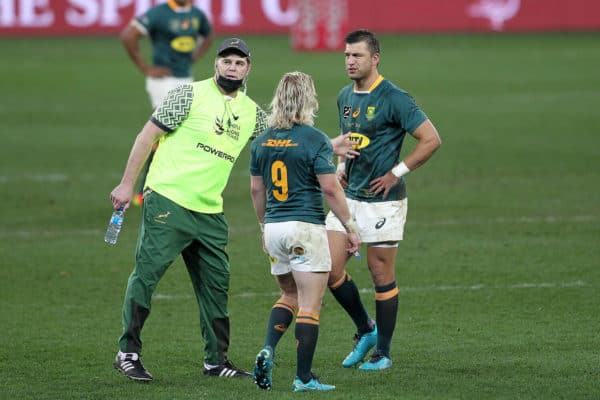 The small, dapper man in a grey suit with gold-rimmed spectacles looked out at the collection of enormous specimens of humanity draped across chairs in the hotel function room. Table Mountain loomed, majestic, through the tall glass windows.

“Good morning, chaps,” he said, his greeting returned by sundry grunts from around the room. Couldn’t really blame them for their lack of enthusiasm, he thought, study the purpling bruises in evidence everywhere. Not often you see a Lion get badly mauled…but the African savannah always produced something different… ex-Africa and all that.

“Please help yourself to tea. We have brought our own Tetley’s Earl Grey with us – as we do on all expeditions to savage places, because these people don’t seem to appreciate (as Helen Zille does) that tea was one of the major benefits of colonialism…”

A tall man in a pin-stripe suit leaned across to tap him on the shoulder.

“Oh yes, I almost forgot. May I introduce Mr A who is from the Foreign Office and, for obvious reasons must remain anonymous… although some of you may recognise him as a water boy from Saturday.”

Foreign Office Man said: “Chaps, I am here as a representative of Her Majesty’s Government – please don’t take offence, you micks, taffs or jocks – to tell you we’ll support you in any way we can to beat these Boers on Saturday.”

“We are assisting Warren Gatland to put together his video and have asked World Rugby to ban Faf de Klerk for his no- arm tackles. It is outrageous that he continues to do this, despite having to jump up from our average knee height to engage in such dangerous foul play.”

There was a mutter from the back: “Where does that little bugger get his energy from?”

Foreign Office Man continued: “I have been authorised by Downing Street to tell you we will spare no effort to help you. After Brexit, to be honest, we cannot afford another disaster – so you have to win.”

Grey Suit Man took over: “The Premier League has sent over some extra technical experts to improve our diving. Itoje and Hogg, you made brave attempts on Saturday to convince that sheep-shagging Kiwi ref that you had been mortally wounded by vile assaults by those Bok thugs. But he wasn’t buying it so the Premier League technical experts will show you how to dive properly. It’s a new thing in rugby and we need help in doing it properly…”

Hogg began rubbing his back, with a grim expression on his face, “Is this better? ” he asked.

Grey Suit Man answered: “Not really. Spend time with the football chaps and then you can go watch Braveheart this afternoon…”

Foreign Office Man interrupted: “What I am about to tell you is Top Secret. We have an Emergency Plan to ensure we win the last game, and the Series.

“We offered British citizenship to a number of Springbok players, provided they withdraw from the team. But they laughed at us, telling us our weather was like our beer – kak. Whatever that means.

“Our last ditch weapon is an ultimatum to Rassie that if his boys do not throw the match, we will dispatch Boris Johnson to Cape Town with a platoon of Conservative MPs to take over the Cape secession movement…”

There was a murmur of hope from the flesh mountains.

“At least we have a chance, then…”