Home Affairs ‘beefs up’ security at OR Tambo following IS threat

Minister Gigaba said the department had allocated R25m for the 2017/18 financial year, which would go towards hiring 58 immigration officials. 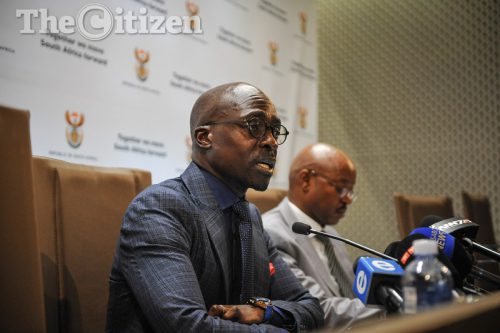 After a suspected member of Islamic State (IS) tried to enter the country over the festive season, the home affairs department is planning to increase capacity at the OR Tambo International Airport and appoint additional immigration officials on a permanent basis.

Speaking at a media briefing in Pretoria on Wednesday, Home Affairs Minister Malusi Gigaba said movements recorded at national ports of entry over the festive period showed an increase of 3.78% visitors entering the country.

“Key ports were augmented with additional capacity to ensure efficiency is improved. One such port is OR Tambo International Airport. It is a strategic hub that requires additional resources on a permanent basis. It is for this reason that the department, with limited resources, plans to increase capacity at this airport.”

The department allocated R25 million for the 2017-18 financial year, with the aim of appointing 58 immigration officials.

An additional R17 million from National Treasury will be allocated for the 2018/19 financial year, Gigaba said.

“On December 16, 2016, a Syrian national, a suspected extremist and known member of IS, travelled to South Africa and was stopped and refused entry at OR Tambo. He had two passports, (Uruguayan and Syrian, in his possession).”

He said the man was returned to his country of origin.

“We can’t arrest him because he had not broken any South African law. What we are required to do is send the guy back to where he committed the transgression. This also goes to show the important role immigration plays in security.

“Before the 2016/17 festive period, South Africa had beefed-up security by rolling out biometrics at selected ports.”

But challenges at OR Tambo were not only about staff shortage, Gigaba said. Other issues include the infrastructure layout of the terminals.

“Engagements with Airports Company South Africa are apace to reconsider the current layout of identified areas.”