The bill proposes a code of conduct will for traditional leaders to elaborate on the role played by those in customary law and traditional courts. 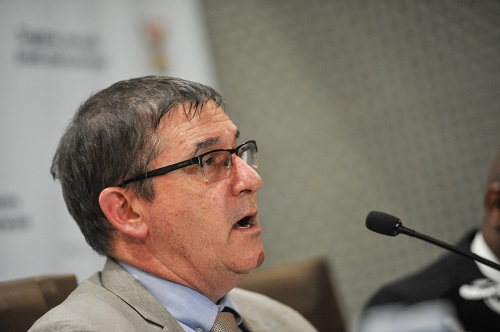 Deputy Minister of Justice and Constitutional Development, John Jeffery is seen during a press briefing at the GCIS offices, 23 January 2017, in Pretoria. Picture: Jacques Nelles

The redrafted Traditional Courts Bill will ensure traditional leaders get extensive training to safeguard the abuse of the court’s justice system.

Deputy Minister of Justice and Constitutional Development John Jeffery, announcing in Pretoria yesterday that the Bill was approved in December, said that clause 16 covers the conduct of those involved in the customary justice system.

“There will be training for leaders to get into the programme of the court and to empower them with the relevant tools. A code of conduct will, according to clause 16, be compiled to elaborate the role played by those in customary law and traditional courts.

Jeffery said these courts must be constituted by men and women to promote the right to equality. Matters such as theft, malicious damage to property, assault, breaking into premises, trespassing, crimen injuria and witchcraft would be addressed in these courts.