Minister Gordhan accused the company, in a hard-hitting affidavit, of making 'scurrilous' and 'sensational' allegations against him. 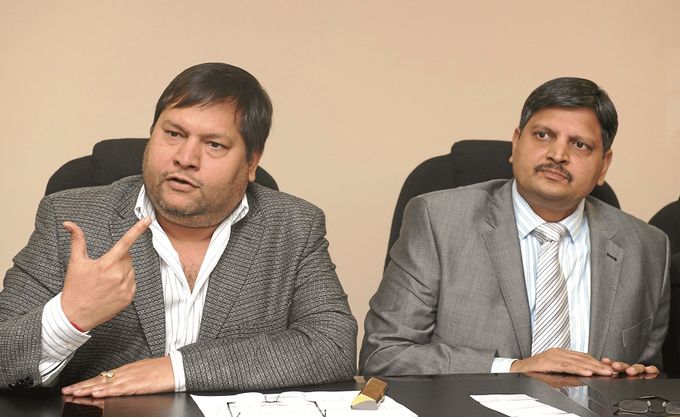 Oakbay has described a hard-hitting affidavit filed by Finance Minister Pravin Gordhan to counter their allegations of a political agenda as “reverse victim syndrome”.

Gordhan filed papers in the High Court in Pretoria in response to Oakbay’s opposing affidavit, in which it asks the court to dismiss the minister’s application for an order, declaring that there was no law which empowered him to interfere in the decision by South Africa’s four major banks to close Oakbay’s accounts and not to do business with them.

Gordhan said in a lengthy reply that Oakbay’s stance made no sense, as it now suddenly shifted position and accepted that he had no legal authority or duty to interfere in its banker-client relationships, while still insisting that “decisive action” must be taken against the banks.

He strenuously denied Oakbay’s allegations that he was part of a plot to “clip their wings” and that his application was launched to “hit back” at the “disastrous” Hawks investigation against him and was timed to precede President Jacob Zuma’s legal bid to suppress to release of former Public Protector Thuli Mandonsela’s state capture report.

He accused Oakbay of trying to “hijack” his application to allege illegality on the part of the banks and to make “scurrilous” and “sensational” allegations against him, which “not even The New Age could credibly disseminate”.

He said Oakbay’s opposition to his application was unreasonable and that the company sought to use the application as a springboard to salvage its commercial and other interests.

“Yet it did not even address the banks’ affidavits (in support of his application). Instead, it used many months to construct far-ranging accusations against me.

“In truth, what stands revealed as the real plot is the systematic and highly organised campaign by the Gupta family and its associates against the National Treasury, myself and other targets,” he said.

Gordhan attached extracts from the state capture report to his affidavit, which he said supported the Financial Intelligence Centre’s report about “suspicious transactions” involving billions of rands, which the banks relied on to close Oakbay’s accounts.

Oakbay said, in a statement, that they looked forward to clearing their name in court.

“The applicant proactively came after us and smeared our name with a flawed list of transactions – that he used his unique executive power to obtain – and then questions the manner of our response to him.

“All of this changes nothing. Our bank accounts remain closed and no evidence exists to prove why that is the case,” the group said.