Audiences were subjected to a two-minute long attack on Mbete, where Malema shouted and ridiculed her for being 'used' and 'dumped' by Zuma. 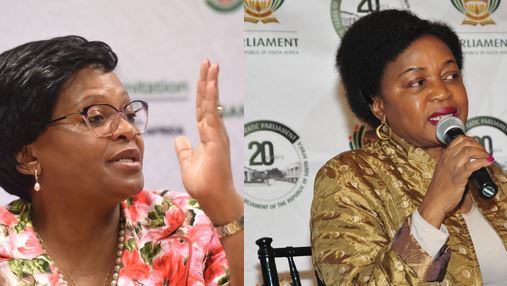 After he had interrupted Zuma’s state of the nation address (Sona), Malema turned to speaker of parliament Baleka Mbete and accused her of protecting Zuma, a man who had “violated his oath of office”.

His rant did not end there, though, as he spoke of how Mbete had apparently been left out in the cold by the ANC Women’s League when they endorsed outgoing AU chairperson Nkosazana Dlamini-Zuma for ANC president.

“This is what has made you not to be a candidate of the woman’s league! Exactly that! Your conduct has failed you to be a candidate for president because you are irrational, impatient and partisan! Even your own people have dumped you! After they told you, you are their candidate,” he exclaimed.

Malema then told Mbete she had been used and dumped by Zuma, referring to reports the president had promised he would endorse her to take over after he steps down at the end of the year.

Christine Qunta, former board member of the SABC and a lawyer, slammed Malema’s rant, calling it abusive. Qunta also tweeted women should be offended by the EFF leader’s recent comments on Nomvula Mokonyane after his party said she had a young lover and had channeled tenders from her ministry to this man.

According to Qunta, the silence from “feminists” inside and outside the EFF was shocking, as Malema’s utterances and treatment of Mbete pointed towards a misogynist attitude.

What is more shocking than Malema's misogyny is how silent women inside & outside EFF are who call themselves feminists.