The van flew through red robots, over the speed limit and with no sirens. 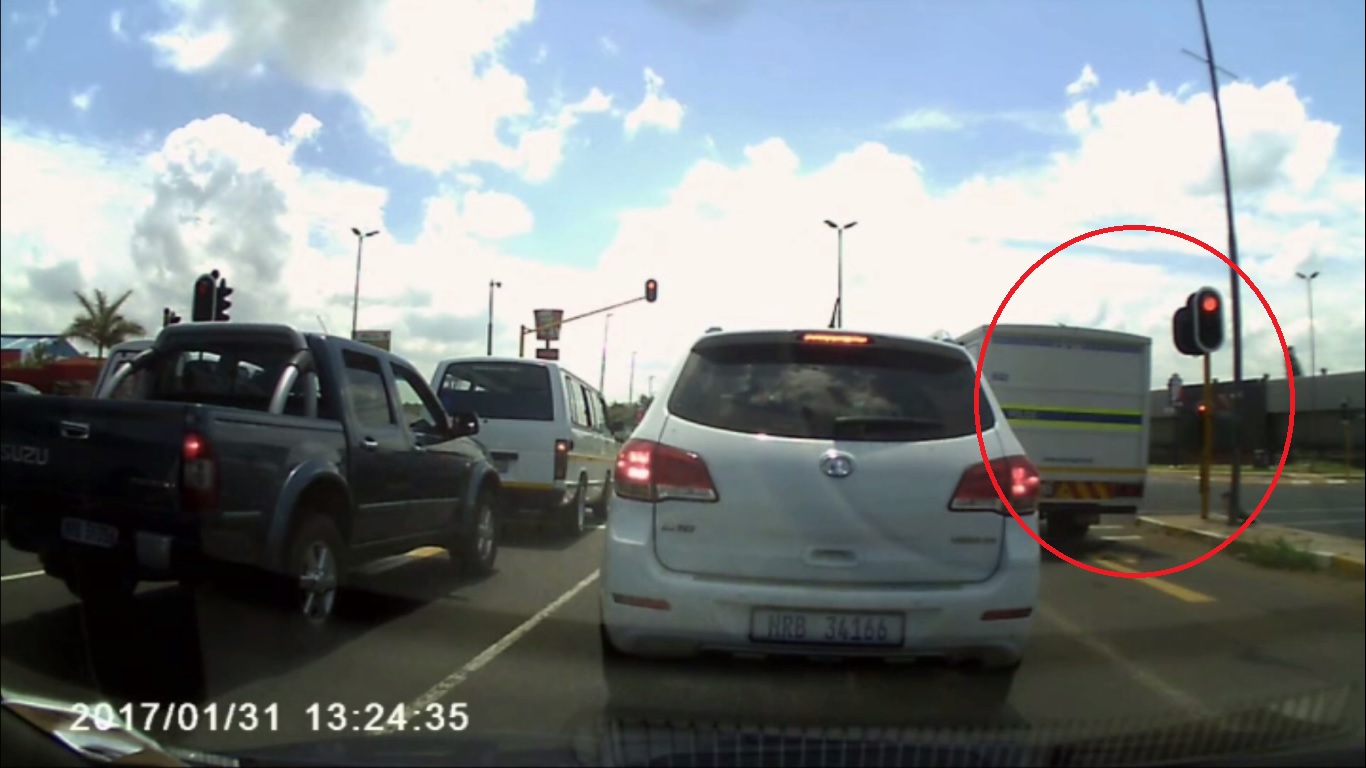 Screen grab of the police vehicle.

With no apparent emergency situation to go to, one Empangeni police vehicle in KwaZulu-Natal decided red lights at busy intersections meant nothing, Zululand Observer reports.

Footage captured by dashcam warrior ‘Bryce Forduce’ (not his real name) shows the vehicle, a truck used for prisoner transport, flying through a red light at the Quality Cars intersection on Main Road in Empangeni.

Then, at the Five Ways Mall intersection, the truck executes another illegal manoeuvre, using the slipways.

The incident occurred on Tuesday, January 31, at about 1.30pm – at a time when all courts are closed for lunch.

While it is not clear exactly where the driver was rushing off to, it is clear that he endangered the lives of other motorists.