It is alleged the two police constables were new to the force. 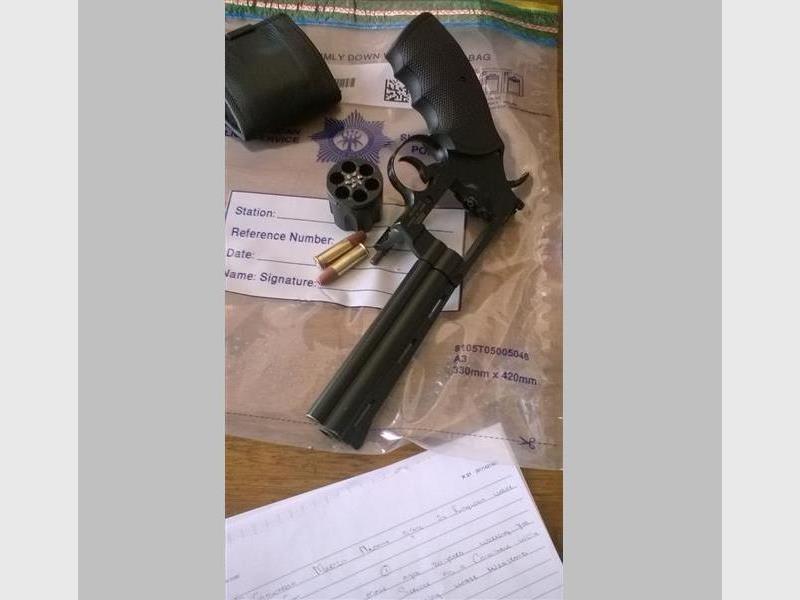 Police found themselves on the barrel-end of this gun before disarming the suspect and detaining him. Photo submitted.

A man was arrested on Saturday, February 11, in West Rand after pointing a firearm at two police constables who are new to the force, Randfontein Herald reports.

According to Sergeant Tshepiso Mashale, West Rand Cluster Police spokesperson, the two constables thought the way the man was standing underneath a tree in an unknown location in Randfontein to be suspicious.When the officers approached the man, he pointed a firearm at them.

One of the officers also drew a firearm and ordered the suspect to put his gun down. The suspect allegedly got scared and put his weapon on the ground. He was arrested and taken into custody.

“The 26-year-old was detained at Randfontein Police Station for being in possession of an unlicensed firearm and ammunition, as well as pointing a firearm,” Mashale said.

The man will appear in the Randfontein Magistrates’ Court soon, she confirmed.

Major-General Anna Mateisi, West Rand Cluster commander, said she was proud to lead members who were willing to risk their lives to serve the community of the West Rand.