The EFF student leader has been in prison for almost six months. 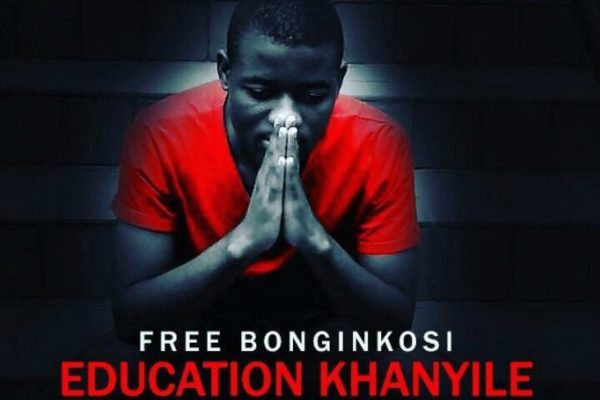 Student protester Bonginkosi Khanyile has been granted bail on R250 on Wednesday after.

He was represented by top legal heads Advocate Dali Mpofu and Advocate Tembeka Ngcukaitobi in the Constitutional Court where the matter was heard by Chief Justice Mogoeng Mogoeng, among other constitutional court legal heads.

Khanyile has been in prison for almost six months, and he’s now out after many attempts to get him bail failed previously. Two appeals to have bail granted were refused by the Durban Magistrate’s Court and the Durban High Court. The Supreme Court of Appeal had also rejected his bid for freedom.

Khanyile, who was arrested during running battles with police on September 27, has been charged with incitement to commit public violence, illegal gathering, possession of explosives and dangerous weapons, obstructing traffic and causing a nuisance on public roads.

Khanyile was last year denied bail on this case as he had violated his bail conditions related to an earlier case when he was arrested during student protests in February last year.

Khanyile, who is a member of the Economic Freedom Fighters, claims that in denying him bail, Magistrate Jackie Jonk did not determine whether the protests he had participated in were illegal and that she had placed too much emphasis on the warning conditions related to his earlier case.

EFF supporters were at the Constitutional Court to support Khanyile. – Additional reporting by ANA