Anyone with any information as to the baby’s whereabouts is asked to contact their nearest SAPS station. 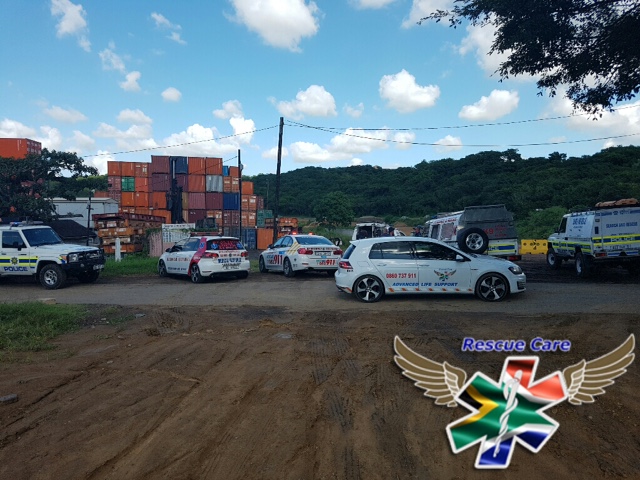 The search for Siwaphiwe Mbambo who was abducted in a hijacking yesterday has been called off. Picture: Supplied

The #HelpFindDurbanBaby search for missing baby Siwaphiwe Mbambo has been called off, reports the Berea Mail.

The one-month-old baby girl was abducted in a hijacking incident in Stamford Hill Road, Durban on Friday afternoon. The abandoned car was found in Montclair later on Friday, but the baby and baby items in the vehicle were missing.

At a meeting at Durban Central on Saturday, it was decided to call off the search, however, any persons with information were urged to contact their nearest SAPS station where the information will be followed up. Should new information of the baby’s whereabouts come to light, police will reinstate the search.

Saturday morning saw more than 100 police officers, civilians and other stakeholders search areas of Cato Manor in an attempt to find the baby girl.

Listen as Ceron Lennox of Rescue Care confirms that the search was called off:

Police and rescue teams as well as sniffer dogs had searched overnight for Mbambo, but as yet, no further clues to the baby’s whereabouts have been found.

Police have said they cannot comment on allegations that the baby was the target of the hijacking rather than the vehicle.

Earlier, a reward of up to R250 000 for information leading to the whereabouts of baby Mbambo was offered by police.

According to SAPS, the reward was being offered to any person with information that will lead to the recovery of the one-month-old baby and the arrest and conviction of the suspects.

In a statement on Saturday morning‚ SAPS said: “A reward of up to R250 000 is offered to anyone who may provide with information that will lead to the recovery of the baby and the arrest and conviction of the suspects. More than 100 police officers‚ assisted by community and other roleplayers‚ are deployed now to search for the baby.”