DA activists are also at the Constitutional Court, where Dlamini is expected to appear today, holding placards that read: 'Dlamini must go!' 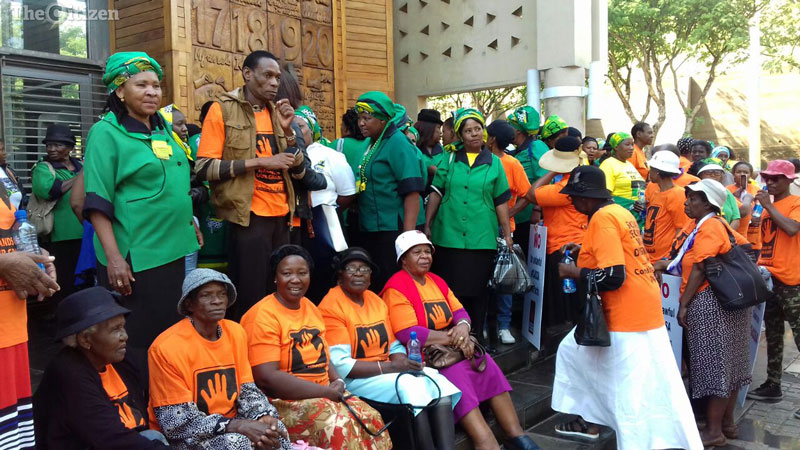 More ANC Women’s League members continued to arrive at the Constitutional Court just after 11am. They were chanting songs in defence of their embattled leader Bathabile Dlamini, who is also minister of social development. Her department is in court to answer questions in relation to the unresolved social grants contract issue.

Speaking in parliament on Tuesday afternoon, Dlamini did not mince her words when she blamed opposition parties for creating panic among South Africans over the issue, which has raised concerns that millions of beneficiaries might not receive their social grants come April 1. However, the minister again reassured beneficiaries that no one would go unpaid despite the fact that there was currently no contract agreement in place with a service provider who would oversee the administration process of grants payments.

Negotiations between the department and Cash Paymaster Services  (CPS) in recent days have been described by some as undermining the Concourt, which in 2014 found the contract to have been invalid.

“Hands off our leader” was the message from ANC Women’s League members who arrived at the Constitutional Court on Wednesday morning.

Dressed in their green and yellow regalia, the league members arrived just after 9am, posing for photographs and shouting: “We are here to support our leader, ” referring to Dlamini.

Despite the negotiations between the department and CPS that have been ongoing in recent days, some said the talks undermined the highest court in the land.