Msimanga promised that waste collection would soon be restored in affected areas. 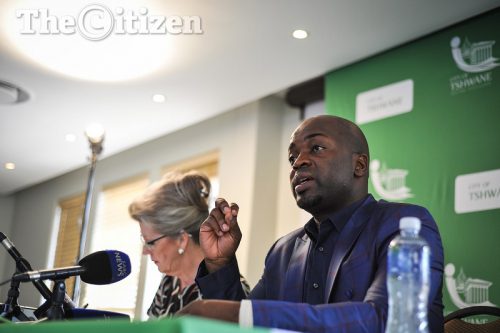 City of Tshwane executive mayor Solly Msimanga has apologised to residents for the metro’s failure to meet the standing waste collection schedule in some parts of the capital.

He promised that waste collection would soon be restored. He added that several areas in regions 1 and 2 in Tshwane experienced disruptions of waste services this week due to obstruction by a group that calls itself the Concerned Business Operators (CBO).

The mayor said CBO demands the waste collection service should be rendered by locals.

“They said they were bothered by the lack of business opportunities for local small, medium and micro enterprises, including involvement in waste management activities,” he said.

Msimanga said the city had requested the services of the Tshwane metro police to escort refuse vehicles during pick-ups to minimise disruptions.

He also said the issue of nonpayment of subcontractors by the main contractor, Moipone Group of Companies, which added to the ineffective collection of waste, had been resolved.

“The delayed payment was due to a verification process to ascertain if the invoices were consistent with the service rendered,” he said.