Empathy and shock were the emotions cartoonist Zapiro wanted to evoke in the creation of his latest rape cartoon. 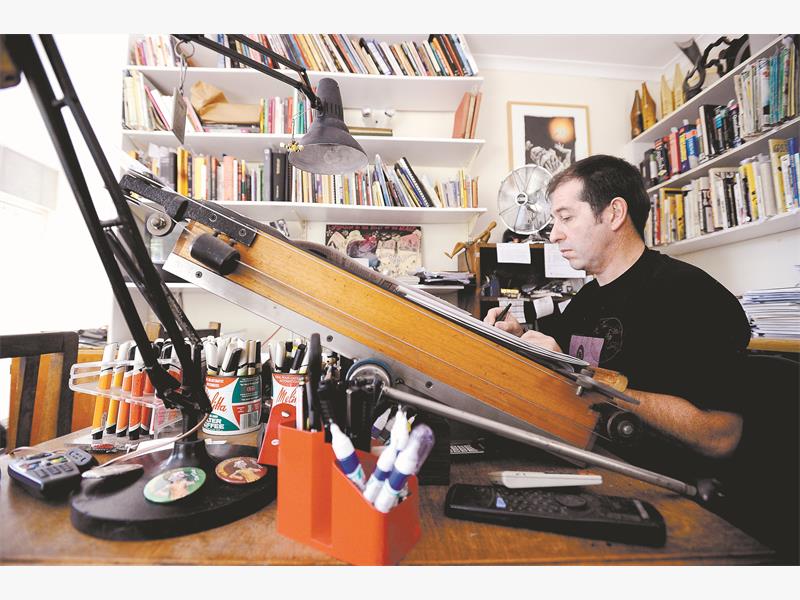 THE DRAWING BOARD. Zapiro at work in his Cape Town studio.
Pictures: AFP.

The cartoon, a drawing of President Jacob Zuma handing over a raped woman depicting South Africa to a Gupta and telling him he is finished – has certainly created a furore around the country.

Zapiro, real name Jonathon Shapiro, is no stranger to controversy. He has created many cartoons which have set tongues wagging and created dialogue about politics and the state of government in South Africa.

The cartoon he has created now, published on Daily Maverick, is reminiscent of the one he first did in 2008, where he depicted Lady Justice about to be raped by Zuma, held down by EFF leader Julius Malema and others.

This new cartoon is a sequel to that one, with different characters in the form of Bathabile Dlamini and the editor of Gupta-owned newspaper The New Age, Moegsien Williams.

Speaking to Times LIVE, Zapiro said he knew rape was a subject which generated discussion, and he said he was desperate to show what was happening to state resources and the country.

“I know that it’s shocking. People have said why use the rape‚ I am using it because it is shocking but I think that you can see‚ any viewer can see the empathy that would be generated by this cartoon for the person who is being raped,” he told the news site.

Reaction to the cartoon on social media

We have allowed #Zapiro to do this for a very long time, in many cases we have even defended him because his focus was those we did not like

I honestly don't think he's condoning rape or even being insensitive about it.It's just that his message was not well executed. #Zapiro ????????????

Ppl like deflecting real issues. Now #Zapiro cartoon is sexist, racist, and all kak names you wanna throw at it? I give up.

#Zapiro doing what other cartoon drawers are afraid to do. He can't be sued for that. We need people like that who push the line.