The defence, however, argued the men could not have done anything, they are not medical experts. 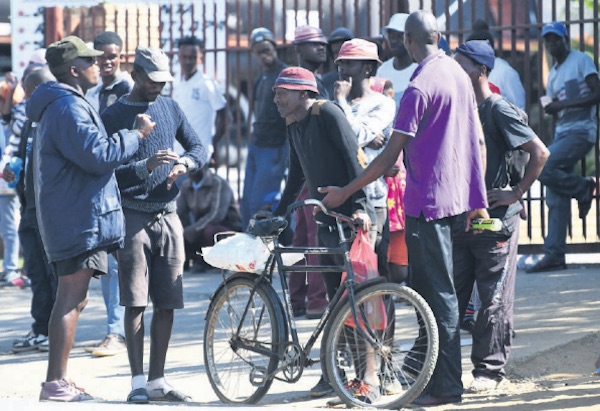 The bail hearing of Pieter Doorewaard and Phillip Schutte, accused of the death of 16-year-old Jonas Mosweu from Coligny in North West, was again postponed yesterday.

Magistrate Makgaola Foso said he had other commitments in Potchefstroom. The matter will now be heard tomorrow.

The defence team indicated it still had one more witness to call. Brigadier Clifford Kgorane, who is supervising the investigation, was cross-examined for the second successive day.

Kgorane reiterated the accused should have assisted Mosweu, who was reportedly caught stealing flowers from a field by the two farmers, when he fell from their bakkie.

Kgorane said he would have expected the accused to call the police or an ambulance, adding that they were also not permitted to remove the vehicle from the accident scene by law.

“They just went to the police to tell them to go to the accident scene,” he said.

He questioned why the vehicle was not handed over to police, as it formed part of the investigation.

Defence attorney Hennie Du Plessis said the accused could not have done anything as they are not medical experts.

He said that on April 20, the accused were busy with farming activities when they noticed two boys stealing sunflowers from a plantation. They arrested one of them.

“They then ordered the child on to the bakkie with the intention of taking him to the police.

“They decreased speed to turn and the child jumped off the bakkie … they immediately turned back and found him unconscious.”

Another state witness, Warrant Officer Jeremia Modisane, said the accused had reported sunflower theft and that the deceased had jumped off a moving bakkie.

“They gave the address where the child was and I found the deceased face down, bleeding through his ears, lying in a pool of blood.

“I went back to the police station to call an ambulance and I also called the accused to inform them about the child, but they never came back to the crime scene.”

Details: This is what Coligny boy died of