The department of education has been accused of neglecting its duties to feed learners. 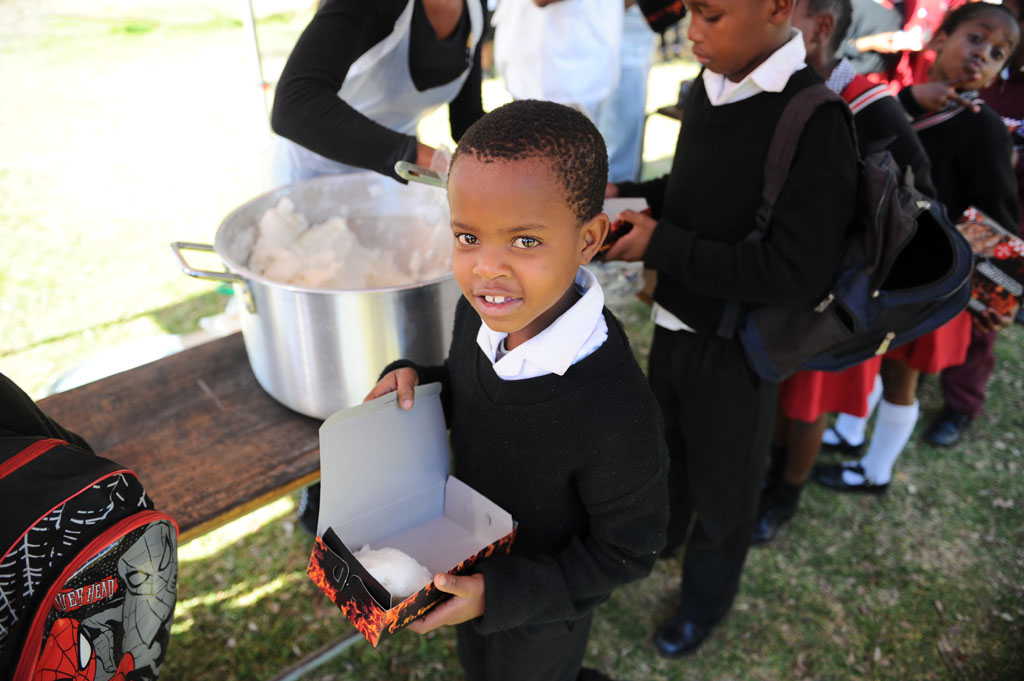 Pupils wait in line to receive some food, sponsored by Chesa Nyama, 28 May 2015, at Jabavu East Primary School's celebration of International Children's Day.

The Democratic Alliance (DA) delivered a motion in the Limpopo Legislature on Tuesday to express concern about the nondelivery of National School Nutrition Programme (NSNP) food that has affected at least 8 674 learners in 21 primary schools in the Capricorn District since February 2017.

Jacques Smalle, MPL and DA Limpopo spokesperson for education said the DA had received information from concerned parents, principals and teachers that learners had been attending school on empty stomachs for the last three months.

“Teachers are reported to struggle to hold the attention of these undernourished learners. The fact is that hungry children cannot learn.

“These schools are quintile 1 and are situated at Ga Dikgale, Mmamabolo, Segope, Molepo and Kgwaredi in Dimamo Circuit under Capricorn District Municipality (CDM). These are impoverished communities with high unemployment rates who depend heavily on the meals that schools provide to their children. Some learners are starting to skip their classes due to hunger and fatigue,” Smalle said.

He added that the affected schools had already lodged several complaints with the department about the nondelivery of food and the department’s latest promise was that food was to be delivered on Tuesday.

“This is shocking proof that the department and its officials do not care about the wellbeing of our children and their education. It is clear that the vision of the NSNPs that ‘every child is an asset’ is pure lip service,” Smalle said.

The DA urged MEC for education Ishmael Kgetjepe to investigate and ensure appropriate steps were being taken against the suppliers failing to meet their deadlines, and furthermore to take decisive steps against officials responsible for the “disgraceful mess”.

MEC spokesperson Naledzani Rasila responded that: “These are wrong allegations intended to discredit the department and government in general. The fact is that a contracted service provider abandoned the project in January. The department swiftly hired a new service provider on a monthly contract while following proper channels of the termination and appointment of a new contractor.”

He said that the learners continued to receive their food in February and March through the temporary contract while the matters of the first contractor were handled legally.

“The department then proceeded with securing the long-term contract to supply food for the learners.

“The new service provider for the area has been appointed on the 8th May and the contract will only lapse on 31 December. The department feeds more than 1.6 million learners in a single financial year.

“There are officials both at circuit, district and provincial levels who monitor provision of food in schools,” he said.