The department of water and sanitation says there is the possibility of further tough times. 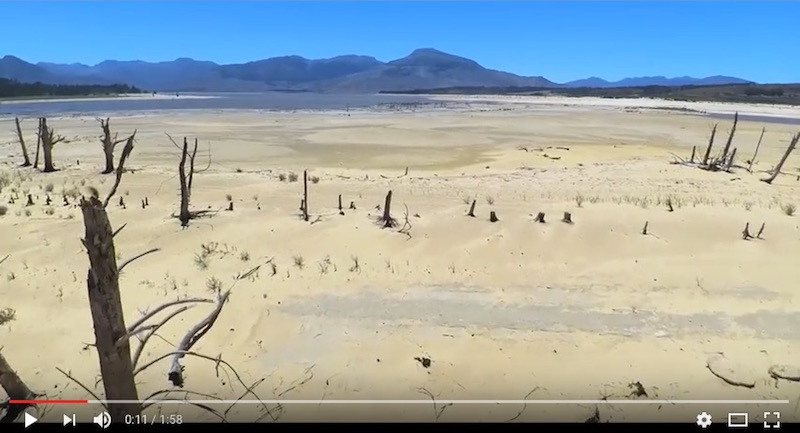 A screenshot of the video of the Theewaterskloof Dam near Villiersdorp, about 108km from Cape Town. The dam has less than 20% of it’s water capacity Picture: YouTube

The department of water and sanitation is worried about the prediction that the El Nino weather phenomenon will strike South Africa again during spring and summer.

El Nino, associated with hot conditions, affected many parts of the country in 2015 and 2016, prompting authorities to declare eight provinces drought disaster areas.

Sputnik Ratau, spokesperson for the department, told The Citizen yesterday there was the possibility of another El Nino phenomenon.

“An El Nino event will result in evaporation losses from our dams, some of which are very wide with lots of surface areas.

“We cannot afford another El Nino event so soon after the recent one, which resulted in our dams dropping to alarming levels,” Ratau said.

However, the department welcomed the forecast for above-average rain for the Western Cape which, up to now, has been hit hard by dry and hot conditions.

The Western Cape normally receives the bulk of its rain during winter, and Ratau said the prediction was good news.

He stressed that torrential rain had been experienced in other parts of the country between December and February – and the same was now needed for the southern parts. Ratau said the average levels in dams was 72.7% of capacity.

These levels were higher than they were last year, when the drought kicked in, Ratau said.