I warned you about Zuma’s exit plan to Dubai, says Malema

If Dubai is a fabrication, why is the president not taking the Sunday Times to court? 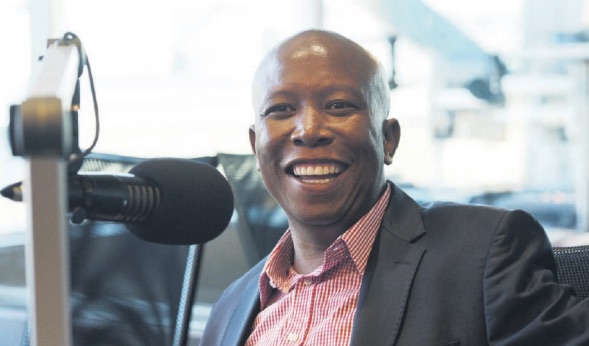 Economic Freedom Fighters leader Julius Malema says he is going to blow the lid on Gupta links to the government and how state money ended up in their pockets.

“I have got tangible information. That is why nobody can take me to court. Tomorrow [today] we are bringing tangible evidence of how monies came out of state institutions into the pockets of these people. And we are not just hallucinating. When we speak about the rot and the corruption in this country, they say it’s gossip, but always there is proof,” he said.

“When we spoke about the fashionable Dubai, no one took it seriously. Today Dubai is headlines.”

Last year, Malema tweeted that he had evidence that President Jacob Zuma was planning to move to the United Arab Emirates, a claim echoed by recent leaked e-mails detailing an apparent exit strategy for Zuma to flee to Dubai.

Malema challenged Zuma to take the Sunday Times and other publications to court if the e-mails were not true.

“Why are they not being taken to court?

During the interview, Malema denied he had any connection with the Gupta family, saying he had never met them.

However, he revealed that, after challenging the family’s influence over the ANC – while on the election campaign trail in 2011, when he was leader of the ANC Youth League – he was summoned to a meeting by the president’s son, Duduzane.

He has been repeatedly linked with the Guptas and influence-peddling between government and the business family.

However, said Malema, he never attended that meeting.

During the explosive interview, Malema took several jabs at the ruling party, which he said was on a path of destruction.

He said the 2016 local government elections were a clear indication of what was to come in 2019.

“They have reached a point of no return, the country is going. From the 2016 local government elections they said that they were going to do some introspection.”

He said nothing would happen before the 2019 elections to improve the ANC’s image and South Africa’s future lay with opposition parties.