A shop was damaged and looted, and people were assaulted. 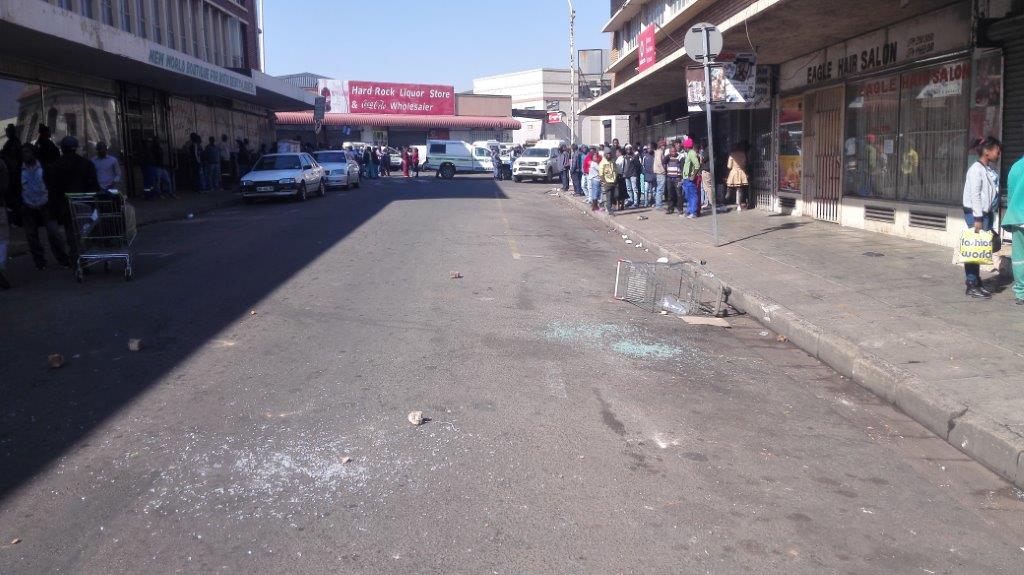 Police were dispatched to calm a tense situation in the Witbank CBD on Thursday where a shop was damaged and looted and people were assaulted, reports the Witbank News.

The incident is believed to have been sparked after a 20-year-old woman was promised a job, allegedly by a Nigerian person in eMalahleni.

The woman arrived in eMalahleni on Wednesday night and was taken to a house in the CBD to stay over for the night. According to the woman, she was allegedly given drugs to use but she refused.

On Thursday morning, she went to the long distance taxi rank to go back to Nelspruit but while waiting there, a white Nissan with two Nigerian citizens picked her up.

A taxi member suspected something was wrong and followed the vehicle to where it stopped in Jellicoe Street.

Some of the taxi owners confronted the Nigerians and the woman was rescued from them. It is believed the Nigerians were assaulted at the house and were taken to Witbank Provincial Hospital for medical treatment.

This incident sparked a flame in the CBD and a group of about 30 members went to a Nigerian-owned shop called Kasapreko in the triangle building where they damaged and looted the shop.

One Nigerian was assaulted in the shop and he was also taken to the Witbank Provincial Hospital for treatment.

The situation remained tense on Thursday afternoon, with the Nigerians citizens mobilising against their attackers but the police were keeping the groups apart and the situation was being monitored.

No criminal cases have been opened so far.