Emails show how Dudu Myeni and board members allegedly compromised themselves by directly getting involved in jet-fuel supply procurement. 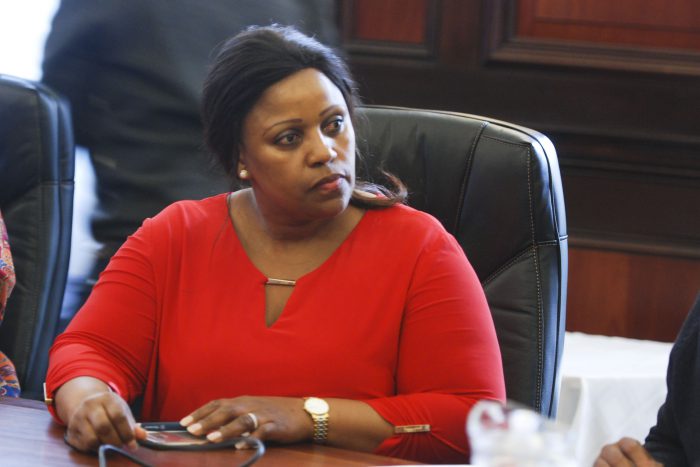 In May 2015, SAA announced it would allocate half of its R20 billion procurement spend‚ including on jet fuel‚ to black industrialists.

In a decision hailed as being a proactive leveraging of public money to support black industrialists, SAA signed a memorandum of understanding with the department of trade and industry, committing themselves to assist black industrialists with financing and incubation.

According to Dispatch Live, as of the end of 2013 financial year, “SAA consumed 129 million litres of jet fuel a month, up from 126 million litres in the previous financial period. The total cost is about 35% of SAA’s annual expenditure.”

The only criticism SAA faced at the time was from experts such as transport economist Joachim Vermooten, who said SAA would “have to ensure it paid market-related costs for fuel if it introduced new suppliers”.

SA Petroleum Industry Association (Sapia) executive director Avhapfani Tshifularo said that while there were no 100% black-owned producers of jet fuel in SA, there were wholesalers that were 100% black-owned, including those owned by black women.

This, according to leaked emails released by NGO Forensics for Justice, it appears, is where Myeni identified an opportunity to allegedly manipulate SAA procurement policies. She allegedly compromised herself by not allowing either the chief procurement officer or procurement committee to handle the tender.

In September 2015, Yakhe Kwinana, a chartered accountant and chairperson of the audit and risk committee, writing to the chief procurement officer, Dr Masimba Dahwa, explained in one of the leaked emails: “The chairperson requested me [Kwinana] to facilitate the award of the 15% [part of Engen] Jet Fuel to all BEE companies in your database to be held in Durban.”

Reminded that the event would take place on September 10, Dahwa was instructed to “please do the necessary invites before it is too late”, and to “extend the invitation to me [Kwinana] and all the board members”.

The email proceeded to prompt the chief procurement officer that “it would be good if we had received confirmation from other ‘Oil Major’ companies if they are giving away 30% or that Engen has the capacity in terms of the 26 August 2015 Board resolutions”.

In November 2015, a former procurement manager penned a strongly worded email to Kwinana in which the official reminded her that “as a Board we need to ensure that all decisions taken by SAA are beyond reproach”.

When Kwinana resigned in August 2016, she told then finance minister Pravin Gordhan she was doing so as the airline was destined for liquidation.

“I choose to resign rather than see SAA folding under my watch, 9 000 jobs being lost, because of my holding on to the position as a board member.”

Outa threatened to lodge a series of allegations of acts of misconduct against Kwinana, as they believed they could prove that she was “a delinquent director”.

Prospective suppliers were then invited to the Airways Park main auditorium for feedback on ‘Jet Fuel Supply’, but for unexplained reasons, Myeni issued an instruction to both Dahwa and Thapelo Lehasa, who was at the time managing director of SAA technical services, the very next day, September 10.

“I am sending you an additional list which was sent by Barry [believed to be Barry Parsons, former chief strategy officer who resigned in November 2015] in March this year, which I had thought would be invites to the ‘Jet Fuel Supplier engagement’,” she wrote and then provided their company profiles.

The Citizen has opted to protect their names and owners, as it could not be established which one of them received part of the 30% set-aside for BEE suppliers and whether it was above board.

The next day, Thami Sogwazile, commodity manager for energy and ground handling within the global supply management division, wrote to Ruth Kibuuka, company secretary, a “draft invitation for chairperson’s review and approval”.

It is not clear if Kibuuka acceded to this request.

Sounding anxious, Kwinana wrote to Dahwa on September 17, 2015, and copied Myeni about ‘Jet Fuel supplier engagement’ taking place the very next day in Durban, as per Sogwazile’s invitation to “potential BEE suppliers” with rather curious questions.

“Tomorrow we are going to Durban and have invited successful service providers. How is the procedure expected to go? What is their expectation? Do we have a formal programme?” she asked.

Myeni told The Citizen she would respond with comment by today, but did not. Kwinana was also emailed and called for comment, but did not respond to emails, calls and WhatsApp messages.