Mbeki: Zimbabweans must resolve their own political problems

Mbeki revealed that although they criticised Mugabe in a document that was leaked to the media, he urged MDC to take charge of the process and not rely on the ANC. 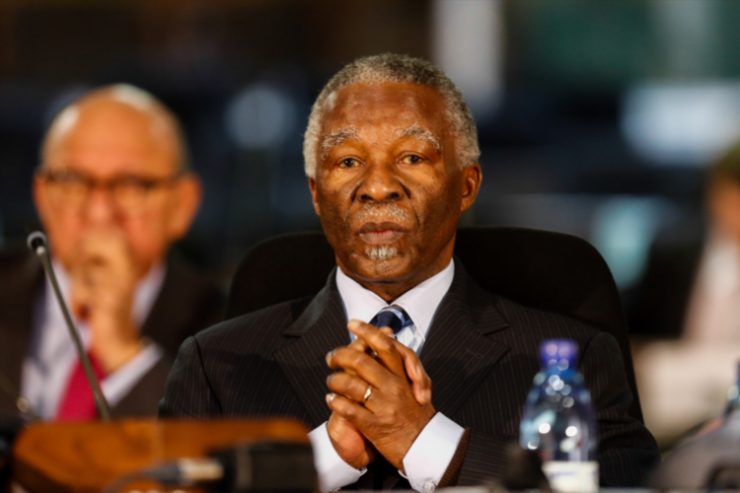 Former president Thabo Mbeki has defended his government’s stance on Zimbabwe, saying only Zimbabweans can resolve the political impasse in that country.

In reference to Zimbabwe President Robert Mugabe, he said: “That doesn’t mean we agree with the things they do,” and disclosed that Movement for Democratic Change (MDC) wanted the ANC to intervene and institute a process that would effectively lead to a “constitutional amendment”.

“I met Mugabe at Jan Smuts Airport [now OR Tambo] and told him that we have been approached [by MDC]. That was our first political engagement in that situation.

“In the end, we prepared a 30-40 page critique of what was happening in Zimbabwe and sent it to Zanu-PF to prepare for a meeting between us [ANC and Zanu-PF],” he said, without giving details.

READ MORE: No, Zuma must not go – Mbeki

Mbeki sounded unimpressed with MDC’s abdication of their responsibilities by expecting the ANC leadership to fight their battles, saying the MDC was aggressively lobbying him and other leaders to play a proactive role towards the amendment of the constitution.

Mbeki said the report in which ANC criticised Mugabe was leaked by a local newspaper.

“We said they [Zanu-PF] were doing wrong things, in the context of resolving conflict, it really is the responsibility of South Africans to resolve South African problems. When an external solution is imposed … locals never take ownership of the solution, that is what we said to Zimbabweans,” he said.