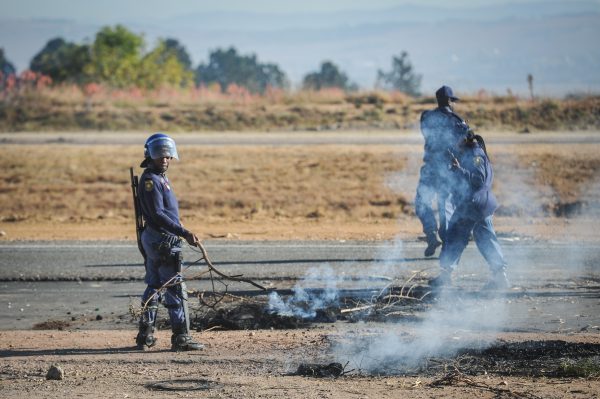 A Police officer is seen clearing rubble along the N14 highway near Diepsloot where residents took to blocking the roads and highway during a service delivery protest, 10 July 2017, Johannesburg. Picture: Jacques Nelles

While police officers on Thursday morning forcefully entered the volatile Sicelo informal settlement in Meyerton, members from the notorious Red Ants manned parts of the R59 highway, which remained closed to traffic amid a community protest.

Since last week, the busy highway has been closed to traffic as protesters barricaded it with burning tyres, rocks and rubble.

On Thursday morning, a caterpillar was seen trying to remove the rubble from the highway while police officers were inside the informal settlement, looking for those who have been behind the violent protest.

Some factories in the area situated near the small Meyerton town were also closed.