They complain that they cannot afford to pay R140 for a new ID card as they have other responsibilities. 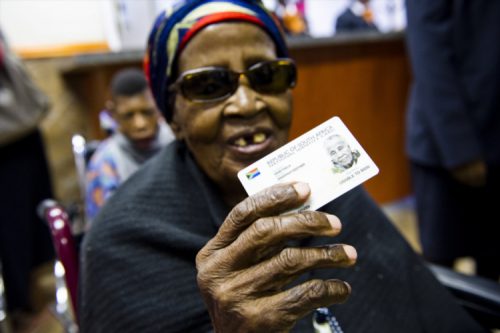 It is unfair for the home affairs department to expect South Africans to pay R140 for new smart ID cards when many are living below the poverty line.

These were sentiments expressed by the Right 2 Know (R2K) campaign and the Voices of the Poor Concerned Residents (VPCR) when they marched to the department in Pretoria yesterday to hand over a memorandum challenging the necessity of the new ID cards.

“Why should I pay R140 for a new ID card when I already have an ID book? I have four children to take care of. As far as I know, you have to pay that amount to get a new ID when you have lost it. But I haven’t lost mine, yet government expects me to pay,” said VPCR leader Eunice Manzini.

Since 2013, the home affairs department has been calling on citizens to change their green ID books to the new smart cards.

Using biometric information such as fingerprints, facial and eye recognition technology, the introduction of the cards was to prevent identity theft and crimes such as social grant frauds.

But R2K believed the new cards were a way for government to share private information, claiming corrupt officials have enabled the theft and misuse of people’s information.

Gauteng organiser Ntombi Tshabalala said government used the new system as a way to invade the privacy of citizens and to “control” them. She believed fingerprint data and facial recognition, which were collected to receive adequate social services, were instead used for policing, border control and debt collection.

“The database is also used by the security agencies as a major form of surveillance and tracking ordinary people, even those who have not committed a crime. Many democratic countries have chosen not to implement a biometric system for this reason.