Horror at Hillbrow Theatre: one dead, seven injured after gunman shoots into crowd

A shaken caretaker of the theatre recalls aftermath as crazed killer shot randomly at music concert. 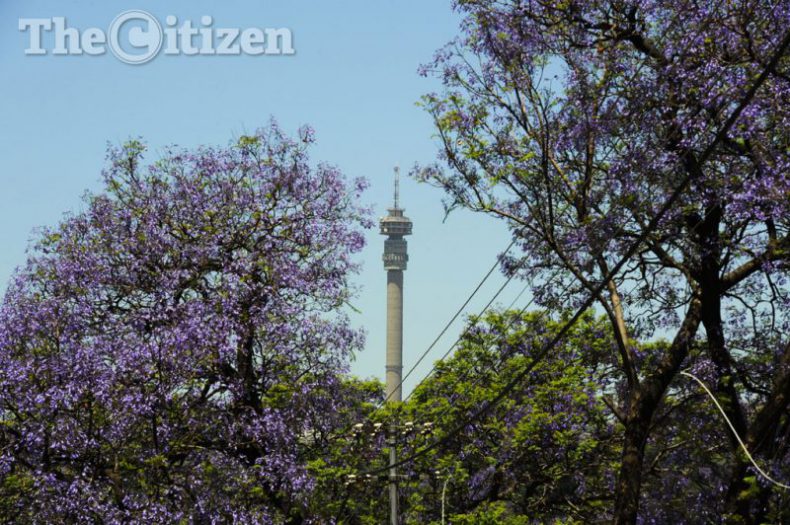 The Hillbrow Tower is seen framed by a street of jacaranda trees in Johannesburg, 5 November 2014. In Japan cherry blossoms are symbols of the fragility and impermanence of life. They are also a national obsession: the meteorological agency gives official forecasts for the start of the cherry blossom season, while the first signs of flowers are reported on the evening news. Picture: Alaister Russell

A few seconds to step out for some fresh air is what may have saved Hillbrow Theatre caretaker Phanankosi Dube from being shot by a gun-wielding man who opened fire on a filled auditorium during a music performance early yesterday morning. However, eight others were not as fortunate.

In what can be described as a scene from a crime film, Dube related his horrific experience of the unexpected incident, which left one person dead and seven others seriously injured.

According to police, the suspect took to the stage during a performance and grabbed the microphone, threatening that he would stop the band if he did not get back his stolen cellphone. It was when the audience tried to intervene that he took out a gun and fired shots into the crowd. The man, who is yet to be arrested, then fled on foot.

Ironically, the concerts at the Hillbrow Theatre on Kapteijn Street, organised by the Outreach Foundation, are designed to offer a safe space for children.

“We try to create a safe space for children, with family shows and work with kids,” said Dube. “But unfortunately, this has happened.”

A shaken Dube described the mayhem that ensued: “It was mere luck that I moved out for a moment – but again, it’s not something that should happen to anyone. I don’t know what made me go out. I feel like someone was looking out for me. It’s traumatising and unexpected.”

Dube said that, just after he left, he heard shots ringing out.

“I heard a few gunshots and I thought it was coming from somewhere outside.”

When he went back inside, he found chaos, with people rushing out of the auditorium.

“I tried going on to the stage, and saw a guy that was shot in the leg. He was bleeding. I tried to wrap my jacket around his leg and was talking to him.”

He then noticed someone slumped on one of the chairs.

Dube said in those moments he lost track of time but the incident is said to have occurred between 1am and 2am. The venue, he said, was booked by a promoter for upcoming artists – and the performance was to have ended by 12am.

“But it started late.”

An accredited security company was used for additional work, he said.

“We had two search points. I don’t know how he sneaked a gun into the show. We always check and tell the person who booked to have accredited security. It seems the man lost his stuff in the crowd and started complaining about his phone. He grabbed the mic and started saying whoever took his cellphone [must give it back],” said Dube.

“It’s shocking – this is the first time this has happened and I send condolences to the family of the person who died.”

Dube said he planned to go for counselling today.

There were no children in attendance at yesterday’s performance, he said. Theatre director Gerard Bester said management and staff were deeply saddened by this unpredictable act of violence.

“At all events at the Hillbrow Theatre additional security is hired and this is stipulated in the contract for outside hirers as well. The Hillbrow Theatre remains committed to providing a safe space for the community it services,” Bester said.