Solly says too many women are driving drunk in his town

Tshwane's mayor has taken a personal interest in fighting drink-driving in the capital. 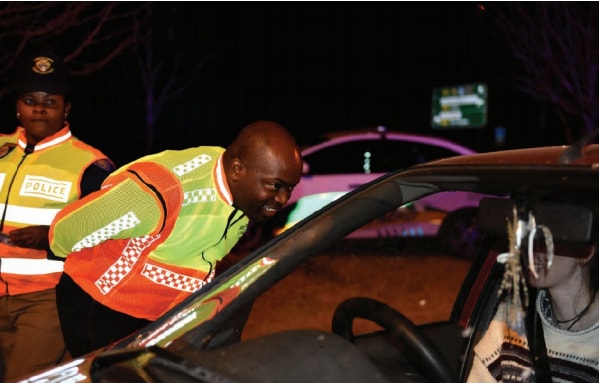 Following a number of road blocks in the capital city on Saturday night, Tshwane mayor Solly Msimanga was concerned that many people arrested for drunken driving were women. 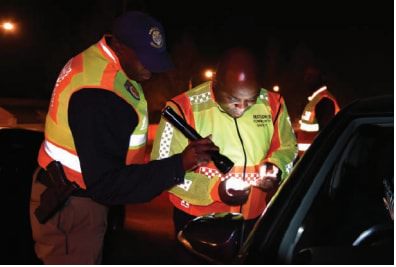 Solly Msimanga teams up with the Tshwane Metro Police
Department to check vehicles on Saturday.

While several drivers claimed to have had “one drink” or begged Msimanga and Malan to let them go, many road users had either been under the influence, or had licence discs that had expired.

The operation came as the country was celebrating spring, when consumption of alcohol increases and people drive under the influence of alcohol, Msimanga said.

“What is more concerning, and is something we need to investigate, is the high number of our women who have been caught drinking [and driving] across the city,” the mayor said.

“In Soshanguve, [the] CBD and Centurion, we have seen an alarming number of women caught driving under the influence of alcohol. This is something that needs to be addressed.”

During the operation in Soshanguve, a man fled on foot with a breathalyser, leaving his wife, children and his car at the scene after he was instructed to exit his vehicle for testing.

One person was arrested for public drinking and two stolen vehicles were recovered in Mamelodi and Centurion.

“We want to ensure it’s a continuous initiative that goes on into the December period,” said Msimanga. “I have instructed the team to make sure this continues every weekend until we bring stability to the city in terms of the number of people drinking and driving.”

Three people were killed in a car accident in Bon Accord when a driver raced in front of a train, the mayor said.

“TMPD, together with the city, embarked on increasing awareness and law enforcement to curb this act.

“Motorists are urged to refrain from drinking and driving,” Mahamba said.

Watch: Three injured in shootout during robbery at Oriental Plaza jewellery store
5 hours ago
5 hours ago

Watch: Three injured in shootout during robbery at Oriental Plaza jewellery store
5 hours ago
5 hours ago