Life Esidimeni in a payout conundrum

The committee of families affected by the Life Esidimeni deaths said a fair amount had to be determined. 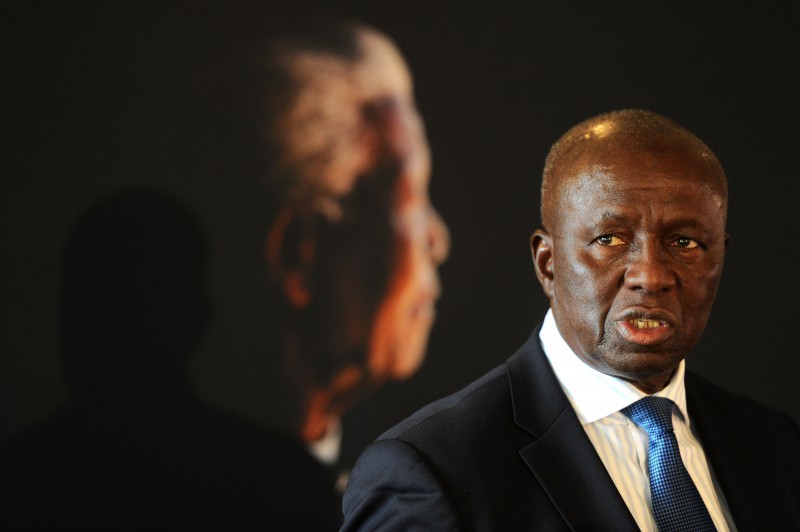 Dikgang Moseneke speaks, 27 May 2016, at the Nelson Mandela Foundation, where the executors of the estate of late former president Nelson Mandela make a public announcement of all the cash bequests made in terms of Mandelas will. Picture: Michel Bega

How much does it cost to compensate for the unjust death of a mental health patient? It seems government will now have to figure that out.

The families of more than 100 mental health patients who died after being transferred from Life Esidimeni last year were set to be financially compensated for their loss, but government was unclear as to how much this process could cost.

This emerged at a briefing by retired deputy chief justice Dikgang Moseneke yesterday in Parktown.

Moseneke, who was appointed after national health ombudsman Professor Malegapuru W Makgoba recommended that the minister of health lead and facilitate a process to contact all affected individuals and families and enter into an alternative dispute resolution (ADR) process.

He said the outcome of the process should determine the way forward, such as mechanisms of redress and compensation.

But as to the calculation of such compensation, Moseneke said that he and others involved in the arbitration would have to come up with a figure that went beyond the provisions for such compensation in common law.

He said that equitable redress would have to take into account levels of poverty and the possible unemployment of the victims and their families.

“Our common law, as it stands, recognises mainly, if not only, patrimonial damages. How much have you lost in rands and cents. I’m saying I’m looking forward to submissions from the various lawyers and advocates about whether that law is properly applicable here.”

Miriam Monyane lost her son, Thabo Monyane, 32, last year when he and another patient were transferred to an NGO called Siyabadinga, where they died.

“I think [Moseneke] will do this the right way, because as families we are not the same financially and when [government] has wronged us in this way, it needs to be made right,” she said.

Andrew Peterson, from the committee of families affected by the Life Esidimeni deaths, said a fair amount had to be determined.

“What equitable compensation means in his context is very difficult and I think we are going to make legal history if we chart these waters and come up with something that really captures the dynamics of this outside of common law,” said Peterson. –simnikiwh@citizen.co.za