He says some of the leaders are hated just like Biko was, but 'it is better with us, we are hated with words'. 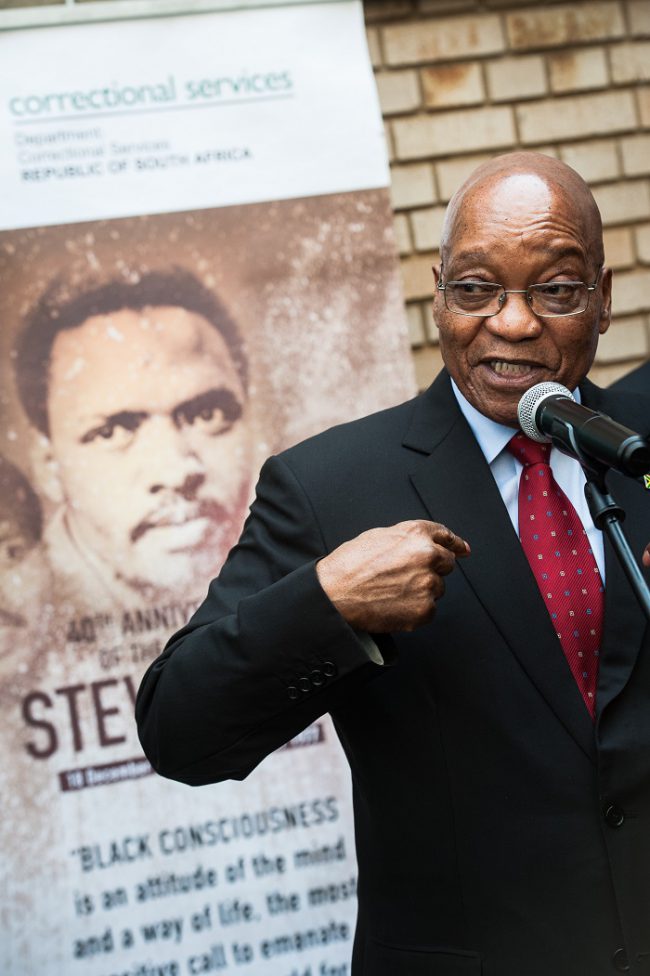 “We are there, some of us, hated as he was hated. At least he was hated and killed. It is better with us, we are hated with words, but it is there.

“It is what we relive always from where we are. So we are not ashamed to remember him, Steve Biko, the leader of the Black Consciousness Movement.”

Zuma said he was not talking politics, but merely stating facts from history.

Zuma visited Biko’s cell, where he was kept at the Kgosi Mampuru prison, to lay a wreath.

He said Biko was a real African who had the guts and the bravery to speak his mind and die for the ideas of freedom.

“That is why today, when we talk about economic equality, we are in a sense walking in the talks that our leaders like Steve Biko preached that no one will ever come and help us like Jesus did. He comes and cleanses the sins of those on earth,” he said.

Zuma said Africans must help themselves now and that they could only do it better in the political formations and in government and other social formations.

“These are matters we cannot shy away from because it is not yet right. If you are black and you think everything has been done, and you have an attitude, you are the type of person that we will explain that you have accepted that you are inferior and less equal to others. No one must tell you that you are not free or criticise you if you say let us change the ownership of institutions that control the economic hubs. Biko stood for that.”

Zuma said the struggle was not over.

“We must participate in the struggle to liberate ourselves economically, because politically we have done that.

“Politics gave us strength, political rights and authority, but economically we are not yet there. We don’t have the land.”

He said Biko tried to show that to be black was not a sin, it was a work of God and one should not feel inferior.

“Black is beautiful. Steve Biko kept to his word that … you must remove the fear because when he was arrested and tortured, he never feared. He is a hero and we must remember him together with other heroes,” he said. – news@citizen.co.za