‘I don’t think there’s a need for us to hustle people out of their offices. Why is it necessary?’ 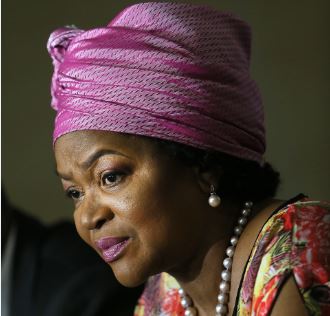 African National Congress presidential candidate and speaker of parliament Baleka Mbete says she does not believe that the incumbent ANC president, Jacob Zuma, or his administration should be asked to leave office after the governing party’s national congress in December.

“I believe in stability. I believe in us creating a stable environment for the things that need to be attended to, but done in an atmosphere that does not make any one grouping of people nervous,” Mbete told The New Age on Wednesday.

According to Mbete, it would not be necessary for the newly elected leadership of the ANC to rush “to say, get out”.

“I don’t think there’s a need for us to hustle people out of their offices. Why is it necessary? However, it would be ideal if the one who was in office was the one who said, ‘you know what I think? maybe let’s take three months for us to clear our offices because 10 years is a long time’.

“Let’s take that time to pack up, look at issues and talk about things,” she said.

Mbete also told the paper it was important to instill “fresh blood” in the new administration.