The ruling affects more than 4 000 pupils whose qualifications were declared expired by SAQA. 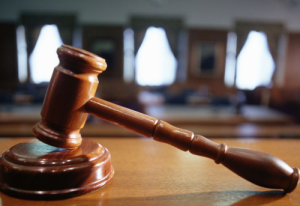 The Grade 12 qualification offered by the independent Schools of Tomorrow (SOT) was valid and would remain valid until the end of June 2019, the High Court in Pretoria has ruled.

The court interdicted the SA Qualifications Authority (SAQA) from continuing to inform the public that the qualification was not valid.

Judge Ronel Tolmay granted an order declaring that although the SOT qualification had never been assessed by the Council for General and Further Education and Training Quality Assurance (Umalusi), it did not impact on the validity of the registration of the qualifications.

The ruling follows an application by Accelerated Christian Education South Africa (ACE), which provides educational programmes through a number of SOTs, on behalf of more than 4 000 pupils affected by SAQA’s unforbidding stance that ACE was not accredited to offer the qualification and that the qualification had expired.

This was despite Umalusi granting provisional accreditation to the schools offering the qualification until the end of June 2019 and SAQA issuing a certificate recognising that the last date for achievement of the qualification was end-June 2019.

SAQA’s stance resulted in one former SOT student who matriculated in 2010 and went on to obtain a bachelor of psychology degree having her internship with the Mpumalanga education department terminated.

Two other former SOT students were turned down for study loans because SAQA said their qualifications had expired.

The qualification was first registered with SAQA in 2000 and was repeatedly re-registered. But after Umalusi’s policy and criteria for accreditation was published, ACE decided that ongoing registration would not be feasible and agreed with Umalusi to phase out the qualification by June 2019. – ilsedl@citizen.co.za