Speaking on Eusebius McKaizer's radio show, the ANC presidential hopeful commented on Khwezi Kuzwayo, the woman who brought rape allegations against Zuma a decade ago. 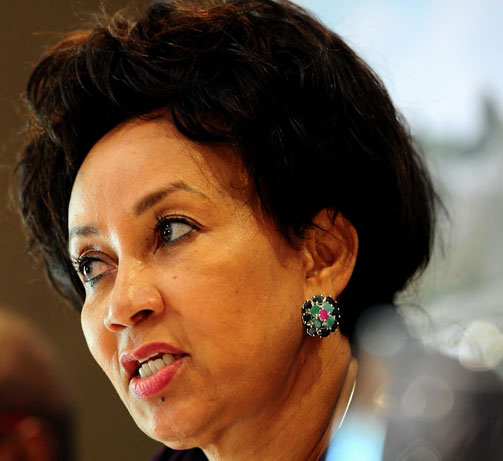 Faced with a question about Khwezi alleging President Jacob Zuma had raped her at his Forest Town home in 2005, Sisulu said: “I believe that she believed she was raped.”

Sisulu appeared to sidestep the question and not respond directly, which made her answer confusing. McKaiser was live tweeting throughout the radio interview, and when he tweeted that statement, it solicited various comments from people who couldn’t understand it.

One opined that Sisulu was trying to toe the party line by not saying anything that could jeopardise her position.

#LindiweSisulu basically said to me today that she is all about saying the right thing while maintaining the status quo. #LindiweOnEusebius pic.twitter.com/VVz0Ov1qMw

#lindiweoneusebius "I believe she [Kwezi] believes she was raped" pic.twitter.com/HvbmCG8Mvf

#LindiweOnEusebius what a shame on #Lindiwe. I'm disappointed. "I believe she believes"???? Really?

Sisulu’s hesitancy to outright comment on whether she believed Khwezi or not was seen a weak by several people on Twitter and unbecoming of a presidential hopeful who is expected to provide clear, coherent answers, especially on a crime as violent and widespread as rape.

Evasive like the rest of them. The ANC is sinking very fast because of such leaders #LindiweOnEusebius

I spent Sunday reading @RediTlhabi Khwezi, which broke my heart. This shameless comment makes me want to vomit #LindiweOnEusebius https://t.co/I3QNt6B1MS

While Zuma was acquitted of rape in 2005, Khwezi was forced to leave the country after her home in KwaMashu was burnt to the ground by Zuma supporters. She fled to Netherlands, Tanzania  and later returned to South Africa about two years ago.

She died last year, and was buried in Durban.