An elated Maimane said the President had used every legal process to try and obfuscate the matter, so it was good that a costs order was given against him. 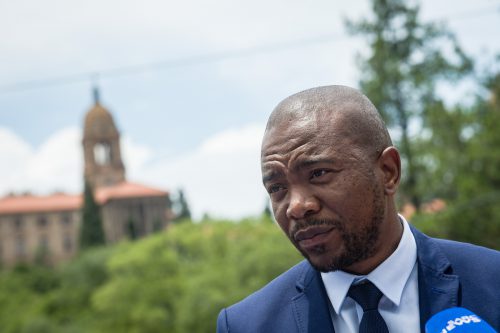 It was time to set President Jacob Zuma aside, Democratic Alliance leader Mmusi Maimane has said in the wake of the court ruling that a commission into state capture must go ahead and holding the President personally liable for any wasted legal costs.

“it is clear that Jacob Zuma has never been interested in investigating state capture allegations, regardless of how they were made or who they came from. It should not be a remedial action that a head of government must investigate impropriety that is alleged against him..

“He should, if he is a person committed to the values of the constitution, have been the first to take action. Jacob Zuma has failed on that account and clearly his party acted to protect him in this regard.

He said it was important for South Africa to get to the bottom of the allegations of state capture and the involvement of the Gupta family, the President and his son Duduzane.

“The people of South Africa need the truth. We can’t be spending the weekends reading newspapers about this allegation, these Gupta emails… The ANC collectively can’t sit back and allow this matter to simply drag time. It is now time that we set Jacob Zuma aside, rid South Africa of corruption and move on to ensure that we get a clean government,” he said.

The ANC reacts to the judgement in the video below

The EFF’s Goodrich Gardee said the earlier President Zuma stepped aside the better for the country.

“…We are looking forward to attach Nkandla and selling it and make that money available to tax papers and not just the EFF who have suffered huge costs fighting against the President,” he said.

Cope leader Mosiuoa Lekota said they have been pointing out since immediately after the ANC’s Polokwane conference that they could not continue to follow the leadership of a man who said the ANC was above the constitution.

“Once you took that road you were going to end up here, because this man has been acting as a law unto himself and the ANC has been comfortable with it. In fact, the blame for this situation must be squarely placed before the entire ANC leadership… They have protected him and have themselves failed to uphold the constitution.

“…I can understand his (President Zuma’s) case. He can’t read. But you can’t tell me that the entire ANC caucus cannot read. It cannot read that this constitution is the supreme law of the land, that you can’t do anything contrary to what it says,” he said.

He said the ANC thought they were above the constitution and could allow President Zuma and themselves to do as they pleased with taxpayer’s money.

“For the first time now the court is going directly to the issue and saying you who’ve done this, pay out of your own pocket. It’s important because it’s going to protect ordinary citizens from the abuse of the taxes we’re paying year in and year out,” he said.

ANC conference must elect leaders who send message that corruption will not be tolerated, says Makhura