In the video, Olivia Makete is seen limping towards the police station. 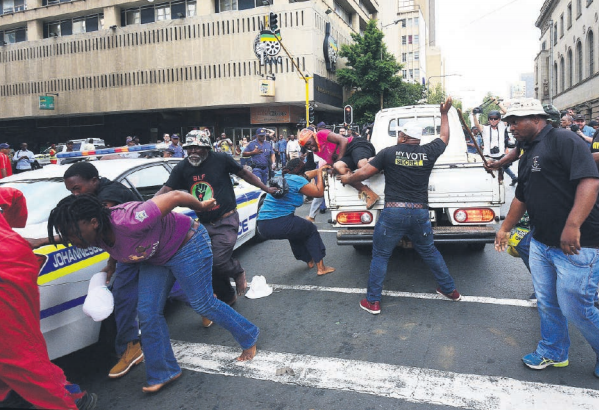 Chaos ensued yesterday outside Luthuli House. Makete can be seen getting out of the vehicle. Picture: Nigel Sibanda

The woman who was assaulted by Thabang Setona, ANC branch secretary in Joburg inner city Zone 12 yesterday, arrived at the Orange Farm police station today to formally lay a charge against Setona.

Olivia Makete was part of a group of people, believed by ANC supporters to be members of Black First Land First (BLF), who were brutally attacked as they descended from the vehicle they were travelling in.

Police did little to intervene, and Makete was kicked in the ribs twice by Setona, before stumbling away. The incident was caught on video. 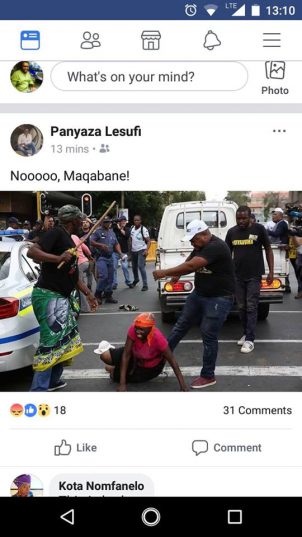 Jolidee Matongo, regional spokesperson of ANC Joburg region, said in a statement yesterday that the ANC condemns the act. “We strongly condemn any acts of violence against any person, more so women. The ANC greater Joburg does not subscribe to the notion of people violently assaulting those who hold contradicting views. Thabang Setona’s acts do not represent what the ANC stands for, and as a consequence of his revolting behaviour, he will face a disciplinary process hastily.”