EFF plans to table a motion on land expropriation without compensation

The EFF says it will table the motion on land expropriation because the ANC has a history of being hypocritical. 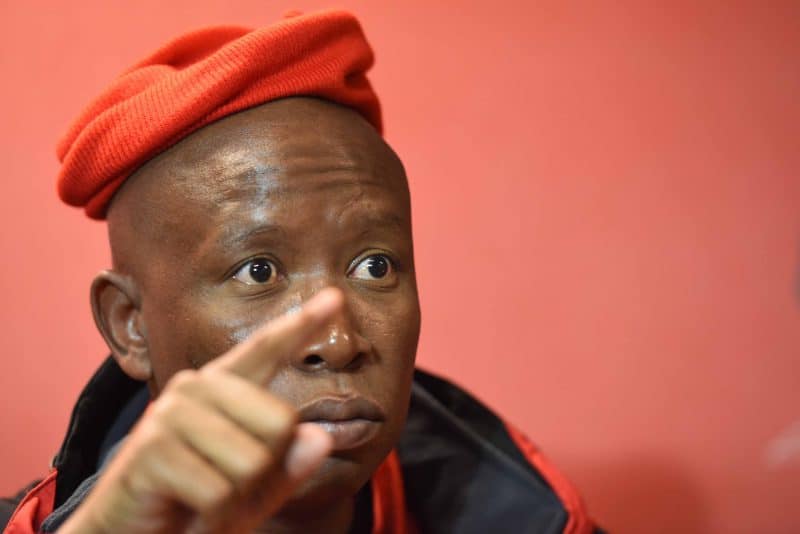 The Economic Freedom Fighters (EFF) have announced that on Tuesday they are going to put forward a motion in parliament on the expropriation of land without compensation for equal redistribution.

During his state of the nation address, President Cyril Ramaphosa announced the policy would be implemented without compromising the country’s food security.

During the Sona debate, EFF commander-in-chief (CiC) Julius Malema warned the Democratic Alliance (DA) that its stance on the policy would lead to the two organisations being opposed, which would negatively affect the coalitions formed by the two parties in some metros.

READ MORE: EFF willing to give Ramaphosa a chance

Malema had also said the president was “bluffing” about the implementation of the policy.

However, ANC MP and Minister of Science and Technology Naledi Pandor, playing the “sweeper” role for her party during the Sona debate, said her organisation was resolute on land expropriation without compensation.

READ MORE: ANC resolute on expropriation of land without compensation

In an opinion piece, the EFF secretary-general Godrich Gardee described Lekota’s questioning as being “spectacularly outrageous”.

Speaking during a radio interview earlier today, EFF MP and whip Veronica Mente said the organisation would lead the motion “because the ANC has a history of being hypocritical, saying things that they do not mean just to gain the interest and the trust of the people”.

“We want to prove to the people that now they are saying things … that the EFF has been telling them to do,” Mente said.

With regards to the amendment of Section 25 of the constitution, which deals with property and expropriation, Mente said the issue was included in the party’s draft resolutions to be debated in parliament tomorrow.

On Tuesday, the CIC @Julius_S_Malema will lead a Motion on Expropriation of Land without Compensation for Equal Redistribution at 14h00.

“We have suggested that they should be an adhoc committee which will look into Section 25 because remember, currently, Section 25 does not say without compensation, it has a clause that protects the property rights and therefore we are saying, in order to change that clause it requires parliament to amend the deal and ultimately amend the constitution, which will need two thirds majority of parliament,” she said.

She added her party’s 6% combined with the majority that the ruling party had would mean the constitution could be amended.

Mente said fears that the implementation of the policy might lead to disinvestment within the agricultural sector were unproven threats.

She added that just before 1990 during the economic sanctions imposed on South Africa in an effort to force the apartheid government to bring an end to its segregationist policy, there was a boom in infrastructure and positive activities within the agricultural sector.

“This thing of saying we are not going to sustain what we are trying to do is not true. We are actually not sustaining the food economy right now because not everyone has access to land. There are so many people that have skills for farming, but they are robbed because they do have access to land,” Mente said.

The EFF whip said another step towards ensuring the agricultural sector does not rely too much on investment once land has been expropriated would be to increase the procurement of local agricultural produce by government departments and institutions to ensure the sector is sustainable.