Ajay and Atul Gupta are not South African citizens

The family had applied for citizenship as a collective but this was rejected because more than one family member did not qualify.

Neither of the brothers Ajay and Atul Gupta – in fact not a single member of the family – are South African citizens, Minister of Home Affairs Malusi Gigaba has told a press briefing today.

Gigaba was providing feedback on a portfolio committee on Home Affairs meeting which was held in parliament.

He said he is pleased that the portfolio committee has concluded its sessions on the naturalisation of the Gupta family.

The minister said Ajay Gupta’s application was declined because he had refused to renounce the citizenship of India, one of the requirements if the applicant comes from a country that does not allow dual citizenship. He explained that Atul does not have South African citizenship because he was not one of the five, the Ajay Gupta nuclear family, that had submitted an application.

Gigaba said the Ajay Gupta family of five had applied for naturalisation in March 2013. He said that at the time  Naledi Pandor was the minister at the department.

Ajay Gupta obtained his permanent residency permit in 2008 and in 2013 applied for naturalisation,  Gigaba said. He said Ajay Gupta legally qualified for naturalisation but his application had been rejected because the family had applied as a collective and not as individuals and therefore, if one person did not qualify the entire group was rejected.

ALSO READ: Guptas’ properties raided in India as their citizenship of SA denied by minister

Gigaba said another family member was granted a permanent residency permit in 2012 and applied for naturalisation in 2013 but this application was rejected because she had not completed 5 years in the country.  The minister said two other family members obtained their permanent residency permits in  2008 and applied for naturalisation in  2013, adding that even though both applicants complied with regulations and laws their application was rejected because the entire family had not qualified.

He said it is important to be cognizant of the abovementioned facts and that the family had applied for naturalisation in 2013 which was rejected the following year. Gigaba said the family then appealed the decision by the department to decline their application and the family submitted further documentation.

The minister said when considering the appeal, the department looked at the investments the family had made in South Africa, the number of people they employed in country, which the family had said was at 7 000 at the time but the department later found that it was close to 15 000 people, and the fact that the company registered by the family was listed on the Johannesburg Stock Exchange  and had a number of philanthropic endeavours in South Africa.

Gigaba said when the department first rejected the family’s application it indicated that they could only reapply in 2017 but the family submitted a letter of appeal requesting approval before 2017 considering the abovementioned reasons.

He said the right to appeal rejections with the Ministry is provided for by the law but its processing is an operational matter subjected to process within the department which does not involve the minister and the director-general of the department.

He said when the ministry received the appeal which it the sent to the department and a panel reviewed the appeal and decided to overturn the decision to reject the applications for naturalisation. Following the reviewed decision, the department then recommended to the director-general that the initial decision must be overturned and the minister must approve this.

Gigaba said the minister then considered the reviewed decision and the submission made by the department.

He said there are two legal safeguards to ensure the country’s laws are not abused and are not taken advantage of.

He said the first safeguard is that should the applicants at a future date be convicted of a crime in South Africa their citizenship or permanent residency will be revoked and they would be deported to their country of origin.

He said the second safeguard is that if applicants come from a country that does not allow dual citizenship then the applicants are asked to renounce the citizenship of their country of origin and if they refuse to do so they are not granted citizenship, which is what transpired with Ajay Gupta’s case.

Gigaba dismissed the argument that the Gupta family was favoured by expediting their appeal and that they were granted citizenship maliciously.

“We provided all these explanations to the portfolio committee and they accepted the explanation and that there was nothing untoward,” he said.

Gigaba said it was impossible for officials at the Department of Home Affairs (DHA) to predict that members of the Gupta family would be part of an investigation in years to come.

He further said a letter made public claiming that an official at DHA had notified the Gupta family that they qualified for reapplication for citizenship in December 2015 is fake and that the department is investigating the origins of the letter and how an official’s signature was forged and how the department’s stamp was used.

He said the staff at the department and the Director-General never met with members of the Gupta family to discuss their application. 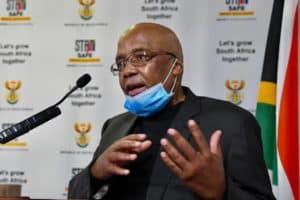 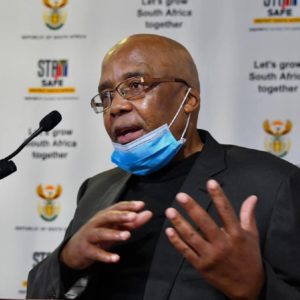