The video of the official 'working' while on her smartphone went viral yesterday and sparked heavy criticism about the Beitbridge border post. 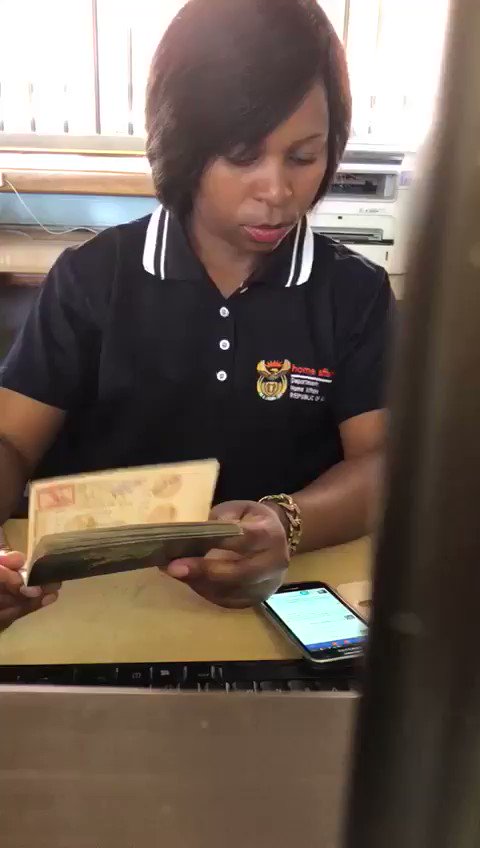 The National Health, Education and Allied Workers’ Union (Nehawu) is gathering facts about a department of home affairs employee caught on video inattentively stamping the same passport twice while preoccupied with her cellphone.

Yesterday, the department said it had taken note of the viral video clip in which the official at Beitbridge border post in Limpopo is seen taking the video-maker’s passport and stamping it while staring down and tapping out a message on her cellphone.

The person then gives the same passport back to her and she repeats the process, seemingly unaware of what she is doing.

“This morning, Minister Malusi Gigaba issued an instruction to the department to act swiftly to address the matter.

“The department’s policy prohibits the usage of cellphones by front office officials while performing their duties,” the department said.

“The official has been identified and she will be subjected to internal disciplinary processes. Disciplinary measures have also commenced against the three supervisors’ inadequate supervision.”

“Of major concern to me is that the official is dealing with security documents without paying attention to detail,” he said.