His injuries were described as severe. 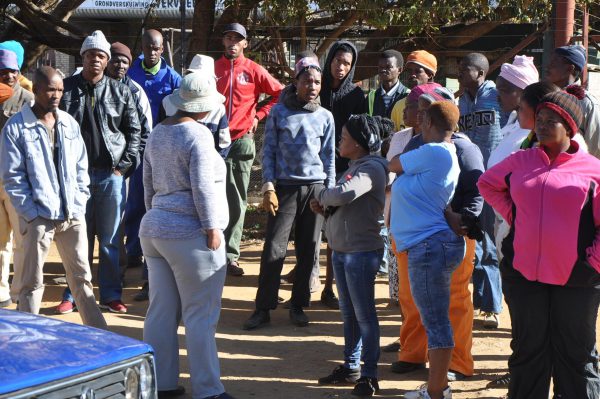 At least 23 different injuries were found on the body of Coligny teenager Matlhomola Jonas Mosweu, the North West High Court heard on Tuesday.

Specialist forensic pathologist Dr Ruweida Moorad described the injuries as being severe, adding that Mosweu’s right eye was swollen and he had injuries to his face.

“It is possible to get an injury like this one in an assault,” she said, testifying for the state in the matter against farmworkers Pieter Doorewaard, 26, and Phillip Schutte, 34, who are accused of murdering the teen after he allegedly stole sunflowers from their employer’s field.

“The were no injuries recorded on the palm, this showed that he did not use his protection [hands].”

She also told the court due to the seriousness of the injuries, even a person with no medical background would have taken the injured person to a clinic or hospital instead of a police station.

Defence advocate Hennie du Plessis told the court they would dispute the cause of death.

According to court papers, the cause of death was due to “blunt force neck trauma”.

In their plea explanation, Doorewaard and Schutte said they did not restrain Mosweu in the van because he volunteered to get into the back of the van after they caught him stealing the sunflowers.

They said they intended to hand him over to the police, but he had jumped out of the moving van. In their plea explanations, they said they left him with two people so that other vehicles should not drive over him where they lay while they went to the police station to report the incident and call an ambulance.

The state alleges the two assaulted Mosweu and threw him out of a moving van on April 20, 2017, at Rietvlei farm near Coligny after accusing him of stealing sunflower from their employer Pieter Karsten’s sunflower plantation. Karsten is Doorewaard’s uncle.

The state further alleges that the pair kidnapped a man who witnessed the incident and forcefully drove with him around the farm in a vehicle, assaulting and threatening to kill him if he reported the incident to anyone. They also allegedly stole his cellphone and pointed at firearm at him.

Mosweu’s death, known as the “sonneblom [sunflower] murder”, triggered violent community protests that left a trail of destruction in the small maize-growing town and divided the community along racial lines. At least six houses and three trucks were set alight and several shops looted and damaged as tensions erupted.

Doorewaard and Schutte are out on R5 000 bail each.