41 years ago this Easter, a Krugersdorp bank robbery shook the country

It has been recognised as one of the great sensational tunnel robberies, and remains a mystery to this day. 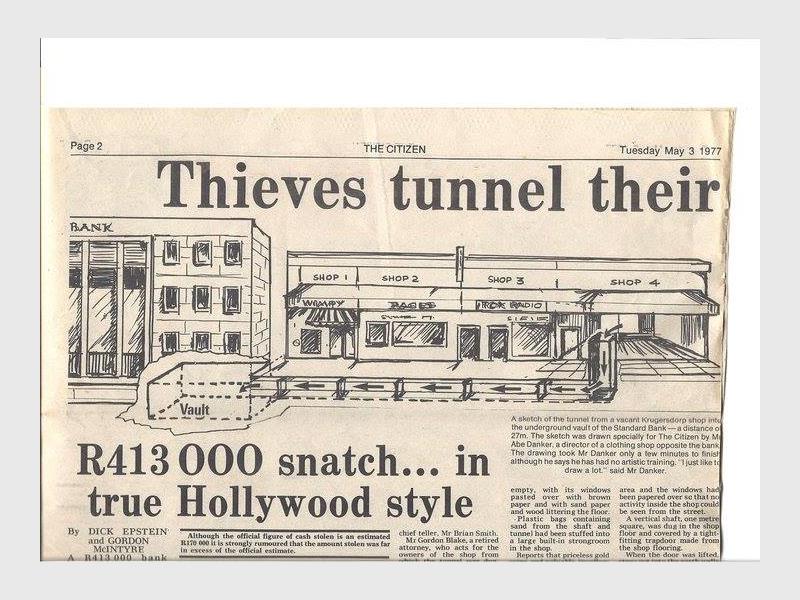 A drawing of how the robbers dug their way to the bank's vault.

In 1977, during the Easter weekend, the Standard Bank in Krugersdorp was robbed in one of the most daring robberies in the history of South Africa. More than R400 000 was taken (that’s probably worth more than R10 million in today’s money).

The robbers hired a shop and had to, among other things, give the municipality details about their business. They used a false name – Mr Nightingale, and an address in a Johannesburg suburb. 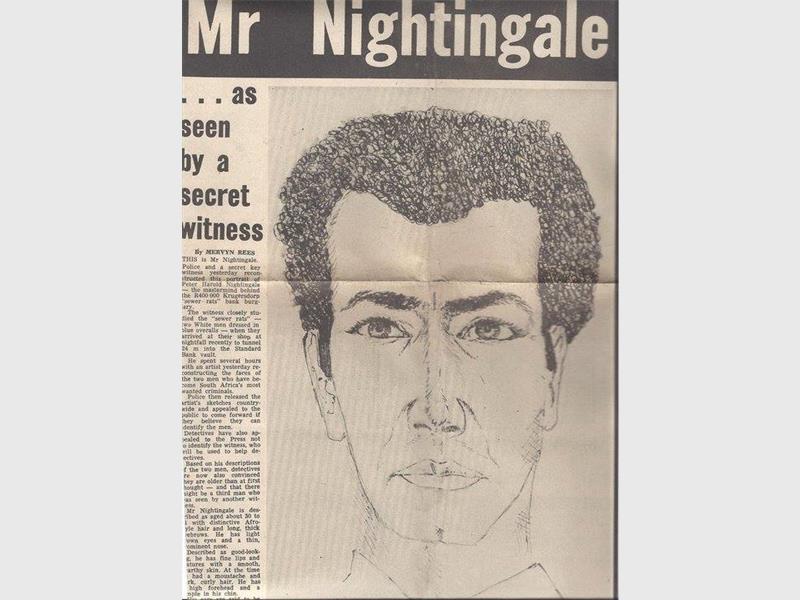 The inside of the shop’s windows were pasted over with newspaper so that nobody could see what was going on inside. During the day, the robbers dug a tunnel to the bank, placing the soil in bags that were then removed from the premises.

What counted in their favour was that the ground was relatively soft and there were no underground cables or pipes on the route. They even installed wooden props in the tunnel, leading people to believe they had mining experience. 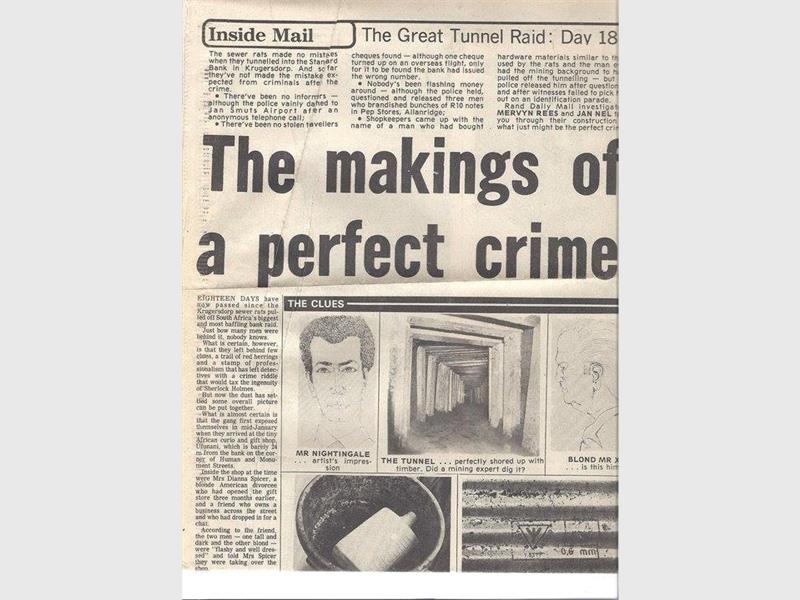 The newspaper article of the tunnel robbery. Images: Facebook.

They did their homework very well – they knew compressors were being used nearby, enabling them to mask any sounds they would make during the excavation – in fact, the bank turned off its trembler alarms for that very reason.

The robbers tunnelled for three months, digging 21 metres under four adjacent shops until they struck the bank’s vault, without anyone knowing about it. 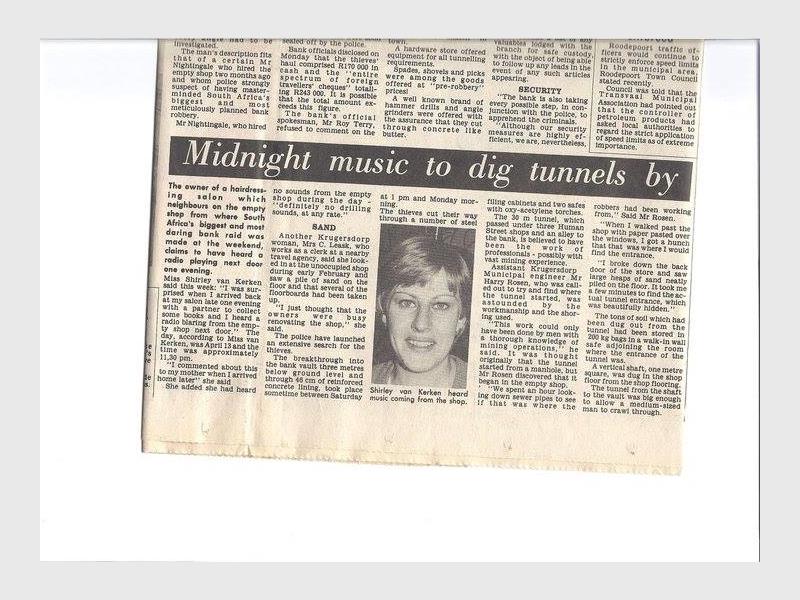 The owner of a hairdressing salon was interviewed by a local newspaper.

The correspondence from the municipality that was sent to the fictitious Mr Nightingale was never returned, although the owner of the property in the Joburg suburb had every intention of doing so, but promptly placed it in a jacket pocket and forgot about it. By the time he remembered it, it was already too late.

During the Easter weekend, the robbers broke through, took what they wanted and disappeared. No arrests have been made to this day. 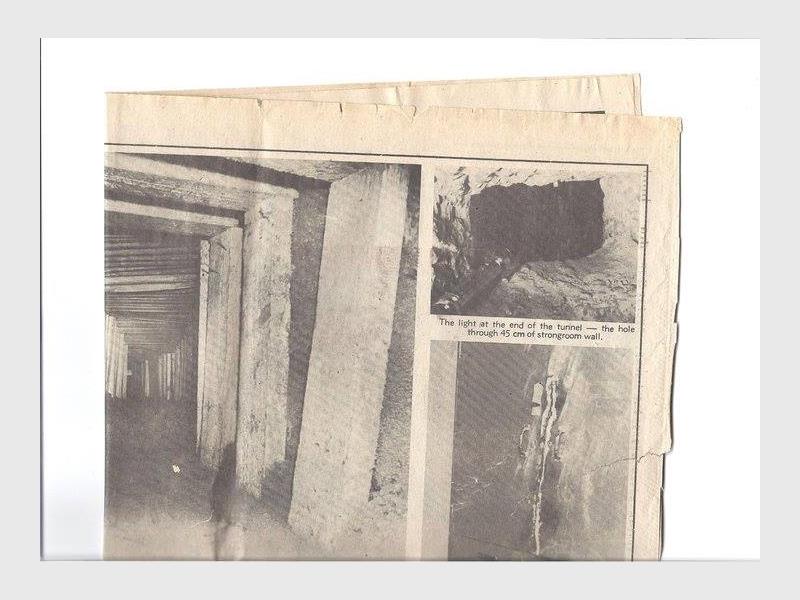 The tunnels as they featured in a local newspaper of 1977.

Strangely enough, the Standard Bank was also the first bank to be held up in the newly declared town of Krugersdorp, but that robber was not so lucky and was arrested shortly thereafter.