The new Thembelihle Village Social Housing Project offers affordable rental flats, but about 24 000 people in the inner city are on the waiting list. 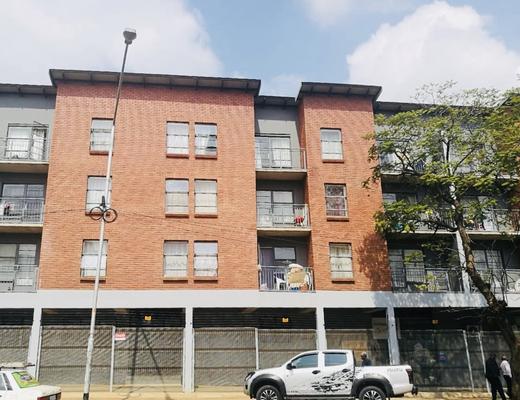 The City of Tshwane has a staggering backlog of 220 000 houses – dating back as far as 1998 – with the result that there are now 183 informal settlements spread across the city.

Executive Tshwane mayor Solly Msimanga said the city administration was very aware of the housing backlog that had become a national crisis.

He was speaking during the launch of the R300 million Thembelihle Village Social Housing Project in the Tshwane inner city, which was jointly opened by Minister of Human Settlements Minister Nomaindia Mfeketo.

Msimanga said about 24 000 people in the inner city were on the waiting list of the housing needs register.

“A housing demand survey carried out in the City of Tshwane central business district and surrounding areas suggests that there is an immediate need for 18 000 and 30 000 new residential units, including affordable, social housing. Also, residential developments need to come with associated community/social infrastructure,” he said.

The mayor said the city was tackling housing and settlements challenges in a number of ways, including accelerating distribution of title deeds, the formalisation of informal settlements and housing allocation, and a strategy to prevent illegal land invasions.

“I even sold the mayoral mansion. With proceeds of the sale, at least 40 RDP houses, including land and services, will be built in Atteridgeville, extension 19, starting next month,” he said.

Mfeketo said the Thembelihle Social Housing Village was an example of how to integrate mixed housing in the inner city as a way of undoing the apartheid legacy of radical spatial planning.

“This provides a wonderful opportunity for beneficiaries who now get to stay close to areas of work, reducing the often high transportation costs that come with being located on the periphery of our cities,” the minister said.

Thembelihle Village is within walking distance of all government departments, state hospitals, clinics and schools and other amenities in the Tshwane central business district.

“This is the surest way of changing people’s lives for the better and we are proud of that as a government,” said Mfeketo.

It also provides affordable rental accommodation to over 2 000 people who occupy the 733 mixed type units consisting of bachelor, one, two and three bedrooms.

“It targets people in the low to medium income bracket and who earn between R3 500 and R15 000 a month. The project consists of 11 three- to four-storey walk-up blocks and six tower blocks of 10 to 11 storeys,” said the minister.