The DA caucus in Cape Town will vote on a motion of no confidence in Mayor Patricia de Lille today. 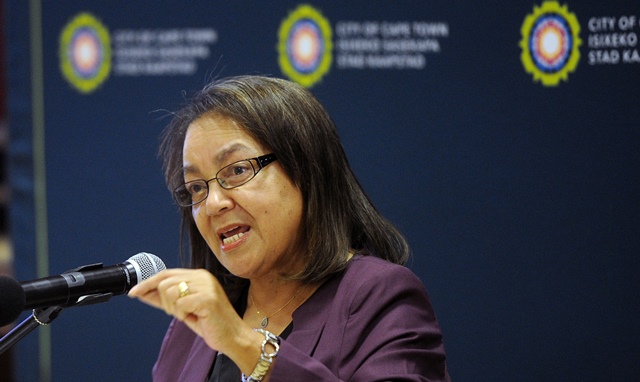 The Democratic Alliance (DA) caucus in the Cape Town metro will today vote on a motion of no confidence in the city’s mayor, Patricia de Lille.

This after the party’s federal executive last week granted the caucus permission to table the motion against De Lille.

Only DA councillors will vote on the motion.

De Lille tweeted a statement today in response to the vote, stating she remained fearless and only feared God.

When requesting for permission to table the motion against De Lille, the following are some of the reasons the party’s caucus laid out to its federal executive, which led to the former structure losing confidence in De Lille:

In her statement, the mayor says that in the past month she has held 25 community meetings and that at these meetings none of the community members said they had lost confidence in her leadership.

“This begs the question whether these councillors, who say they have lost confidence in me, ever consulted with their communities?”

Read my statement on the motion of no confidence, to be voted on later today by the DA caucus pic.twitter.com/RAziNV8Cr9

De Lille recently landed herself in hot water with her party, the DA, after she appeared unexpectedly at an EFF-organised gathering.

The party reportedly dismissed allegations that it would take her to task for attending and addressing the EFF event.

At its recent federal congress, the DA passed a recall clause – popularly known as the De Lille Clause – which the party’s caucus in the city used to table the motion of no confidence in the mayor.

De Lille has stated before that the clause was passed to get rid of her, however, the DA has denied this claim.