De Lille says she will legally challenge the termination of her DA membership because the cessation clause was unconstitutionally and unfairly applied. 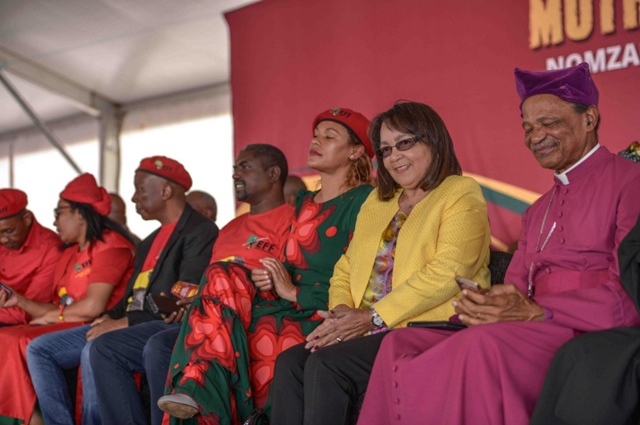 Patricia de Lille, whose DA membership was terminated by the party, leading to her subsequent removal as mayor of Cape Town, has announced that Advocate Dali Mpofu will join her legal team to challenge the cessation of her DA membership in court tomorrow.

I'm happy to announce that @AdvDali_Mpofu will join my legal team tomorrow in the High court.

Mpofu is the chairperson of the EFF, a party that has been punted as De Lille’s next political home following her ousting from the DA.

Speculation mounted that De Lille would join the EFF when she attended the memorial service for Winnie Madikizela-Mandela in Brandfort, Free State, which had been organised by the red berets.

At the memorial, the EFF chairperson, Mpofu said, as she had experienced being chucked out of parliament (like EFF MPs), she was ready. He chanted in Xhosa that De Lille must return home, come the 2019 election.

However, following the announcement that her DA membership had been terminated, De Lille said she would map out her political future once her name had been cleared, and she had resolved the matters with the DA.

De Lille said she would be legally challenging the termination of her membership because the cessation clause used to oust her was unconstitutionally and unfairly applied to her.

The DA said De Lille had breached the party’s constitution when she indicated during a radio interview in April that she intended to leave the organisation once her name had been cleared.