Malema’s land invasions ‘pose a threat to the environment’

Not all open spaces are for human settlement and 'bioregional plans are needed to state which areas are protected, or biodiversity will suffer'. Land invasions, especially those of open land, are a threat to the environment in Tshwane, says city member of the mayoral committee for environment and agriculture Mike Mkhari.

One of the major threats from land invaders is in Ga-Rankuwa, where people have settled in a nature reserve, harming and polluting the area. 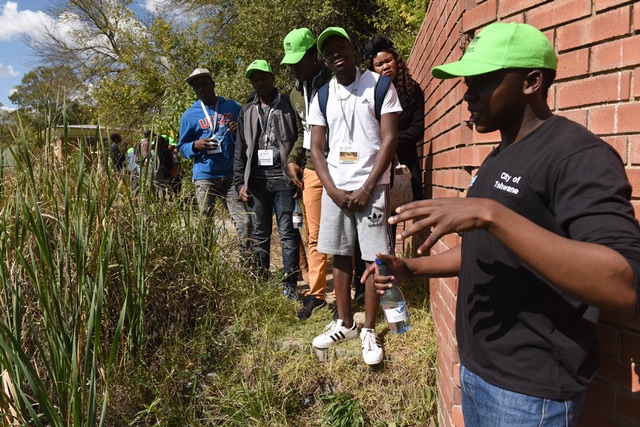 Tourism mentor, Mogerosi Maleka discusses the biodiversity of the area at the spring that feeds the Apies River during an event at Fountains Valley in the Groenkloof Nature Reserve in Pretoria, 22 May 2018. Picture: Neil McCartney

“The nature reserve is constantly encroached by people looking for human settlement and we have to go a long way trying to get eviction orders since we know that they are destroying the natural resources that are there.

“We want to preserve them for our future generations to benefit from. Management of these natural resources is of much importance.

“That is why we need to have bioregional plans to state which areas are protected. Not all open space is for human settlement.” 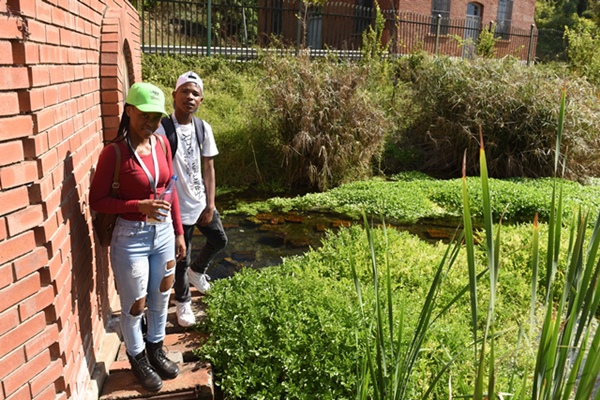 Mtoweni Angelina and Mcoyana Libongo at the spring that feeds the Apies River during an event at Fountains Valley in the Groenkloof Nature Reserve in Pretoria, 22 May 2018. Picture: Neil McCartney

Mkhari was speaking to The Citizen on the sidelines of a gathering of young pupils from various schools in Pretoria West yesterday, who were there to commemorate International Day of Biological Diversity at Groenkloof Nature Reserve in Fountains Valley.

To ensure biodiversity conversation among the youth of Tshwane, the event targeted pupils from secondary schools such as Phelindaba High School, Saulridge High and Trans Oranje School for the Deaf.

Aside from biodiversity threats such as pollution and climate change, Mkhari listed land occupation as one of the threats that endangered biodiversity in Tshwane. 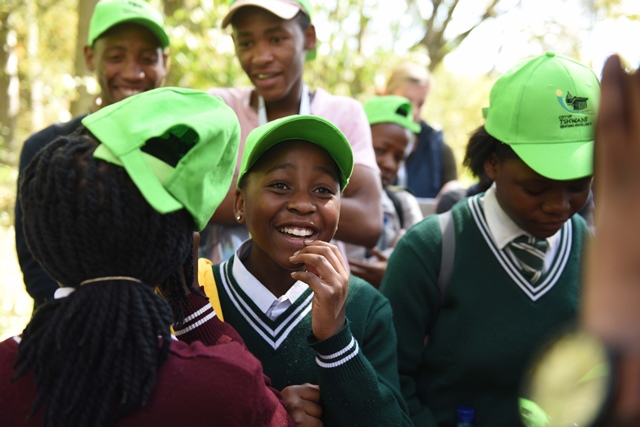 Learners laugh during a talk by Nicola Grobler as part of her Art Intervention workshop during an event at Fountains Valley in the Groenkloof Nature Reserve in Pretoria, 22 May 2018 as part of the Biodiversity Festival. Picture: Neil McCartney

“I want to emphasise the importance of biodiversity and the threats that it is facing. Also, the political intimidation of biodiversity when people say, when you see an open space, you must occupy it. The encouragement to do so was famously uttered by EFF leader Julius Malema.

“You know how threatening that is to biodiversity?” he said to the pupils.

The pupils spent the morning learning about their surroundings and how to protect the environment. Forty Celtis africana (white stinkwood) trees were also planted across the Groenkloof Nature Reserve.