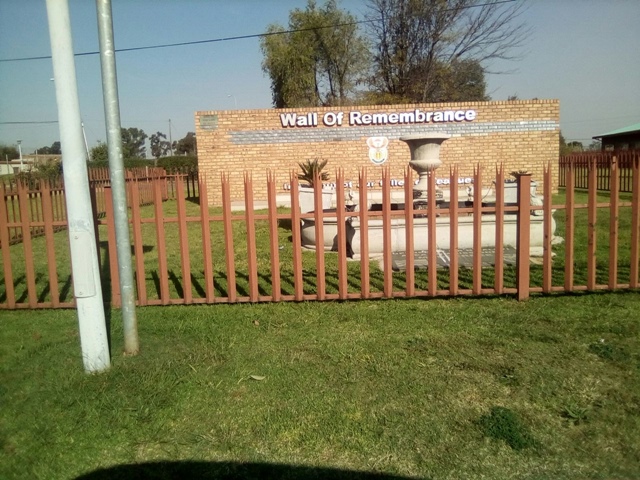 He has also accused his former managers of firing him to cover up corruption and mismanagement at the facility on the East Rand.

The SA Federation of Trade Unions (Saftu) took up the fight and paid for former warder Themba Masango’s legal representation when he took the matter to the Labour Court earlier this year, claiming unfair dismissal.

One of the allegations, which formed part of an investigation by the department, involved the construction of a Wall of Remembrance, which allegedly cost R500 000, and the renovation of a shooting range at an alleged cost of R700 000. 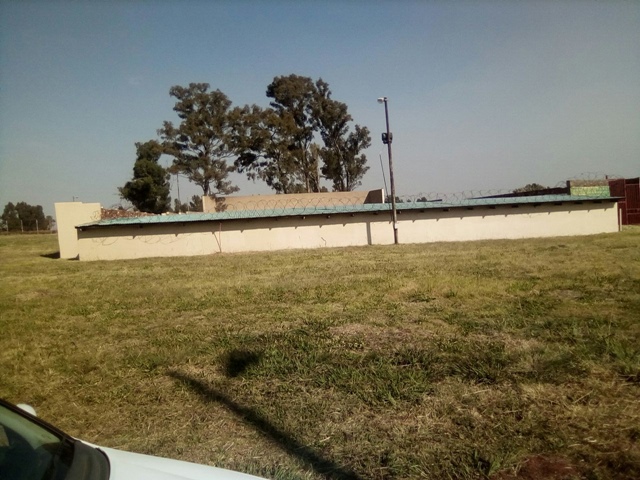 The shooting range wall at Modderbee Correctional Centre in Springs, which was allegedly renovated for R700 000. Picture: Supplied

A report seen by The Citizen shows the investigation into the matter by the department’s investigative unit found neither allegation to be true.

Despite this Saftu, through its affiliation with the South African Liberating Public Sector Workers Union, has vowed to take the matter on.

Masango’s lawyer, Thabang Mathibe, said papers were filed at the Labour Court in January after their challenge of his dismissal at the bargaining council last year confirmed his dismissal.

He was found guilty of insulting a senior official, apparently during a confrontation about his allegations of corruption.

Masango also claimed his former workplace was rife with shocking abuse of power by senior prison staff, including sexual relations between prisoners and staff.

One of the reports seen by The Citizen relates to the dismissal of a female staff member, who was caught watching pornography with prison inmates – a matter which surfaced after Masango and another colleague apparently made several complaints to management. She was later dismissed.

Saftu took over Masango’s case after he claimed he received no help from his previous union, the Police and Prisons Civil Rights Union.

Saftu secretary-general Thobile Ntola said the federation had vowed to uncover any corruption taking place at the facility and would fight Masango’s case.

“We are not surprised because it is a trend when corrupt management tries to cover up their deeds; it’s natural that they go after the workers and it is a problem we are facing all over the world where corruption is institutionalised. It has been done by managers and it has been done by government and [trade union federation] Cosatu itself, so we are not surprised this is how they treat workers.”

The facility is no stranger to controversy.

Media reports of abuse suffered by prisoners and warders at the prison have been circulating since 2008. In 2014, a report by the General Public Service Sector Bargaining Council found that senior management at the facility unfairly dismissed a female employee after she was allegedly sexually harassed by her superior.

The department of correctional services responded to The Citizen’s enquiries yesterday, saying it “has noted with concern corruption allegations regarding certain procurement processes and ill-disciplined officials at Modderbee Correctional Facility”.

The department said since the related incidents took place some time ago, it required more time to locate the report in question, despite being given two days to respond.

“Our officials are working very hard to trace it and we request to be given more time in this regard. Proper response will be provided as soon as the report is available,” a statement read.

It said it was not aware of any bribery of officials, nor of any female official’s alleged sexual encounters with inmates.

“The claims and/or allegations have never been brought to our attention. We would respond better if more details were provided in terms of the official and/or offender(s) involved.

“We encourage anyone with information on the matter to come forth so that we can duly investigate.

“Such conduct by officials and offenders can never be accepted and the department will not lose vigour in its effort to maintain a high standard of service delivery. The rule of law will always be accentuated and any official who engages in corrupt activities or misconduct will face the full might of the law.”