Representatives for South Africa's police officers are upset that Parliament wants to pay their new bartender more than an officer earns. 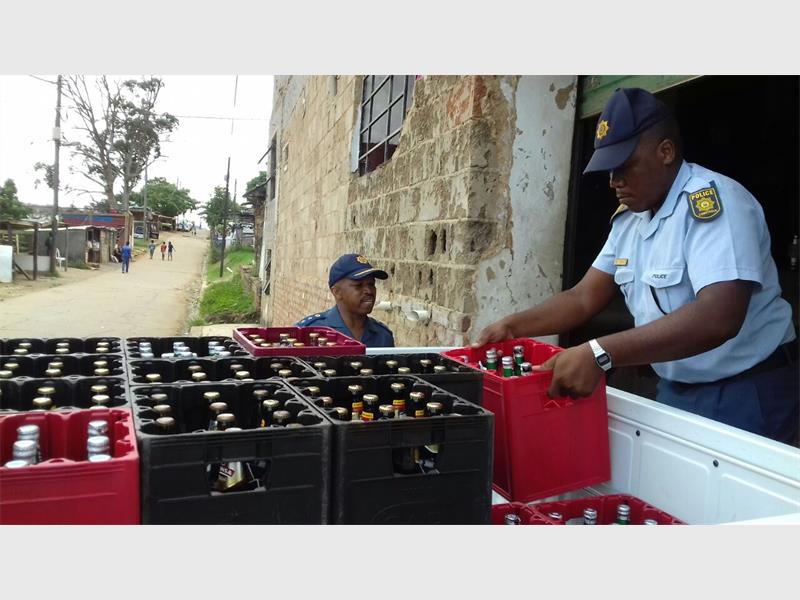 Police confiscating crates of alcohol from an illegal trader. Picture for illustration only.

A recent advertisement for job vacancies within Parliament exposed that the minimum salary package offered to the house’s bartender is more than what junior police officers earn.

The job advertisement did offer a rebuttal to those who would dismiss bartending as being unskilled labour.

According to the ad, to be a bartender in parliament, you need a Grade 12 qualification, a National Certificate in food and beverage services, computer literacy skills and at least two years of experience. Whether or not being able to keep the secrets that may spill out of MPs’ lips after a few drinks is considered a plus is a matter of speculation.

“We do not know how they determine the salaries in parliament, but if we compare this position of a bartender to that of constables who work under difficult and dangerous conditions on a daily basis, it is unfair. Constables earn about R15 000 per month. Even for police officers who have experience, it is difficult for them to earn that much,” he said.

eNCA reports that salary comparison website payscale.com says that the average bartender in South Africa earns between R17 030 and R93 653 a year, figures that do seem a bit too low, even if bartenders do also earn tips.

Even so, the bartender position at Parliament does seem particularly high earning. Whether you need special skills, such the aforementioned ability to keep secrets or the ability to ‘flair’ with bottles like Tom Cruise in 1980s film Cocktail, is not clear from the advertisement.

Comments from Twitter users suggest that Sapu are not alone in feeling that the salary offer for a bartender position is too high.

This can’t be right

Does Bartender have another meaning in parliament?

Gents there's a Bartender position available on Parliament website with a salary of R23k p.m.