Doctor pleads for heaters for babies, gets departmental threats

Patients are braving the winter in wards with broken windows and few blankets, and he hoped to raise R15 000 to buy heaters for the paediatric wards. 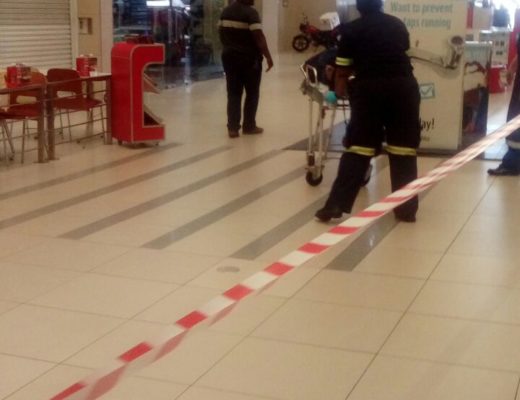 Picture is for illustrative purposes only.

A Limpopo hospital is in such a state of disrepair that a doctor has taken to begging for donations to improve conditions for patients. This act of caring, however, has led to the department coming down on him with threats of disciplinary action.

Patients at the WF Knobel Hospital in Ga-Matlala outside Polokwane have to brave icy winter nights sleeping in wards with broken windows, leading doctor LE Rambuwane to write a letter urging people to help him raise R15 000 to buy and install 50 heaters in the paediatric wards.

“It is with great sadness and embarrassment having to write this letter to you,” his letter starts.

“I serve in a public hospital, which lacks many things, and with very little support from the powers that be…” it continues, before his plea for the public to donate.

He hoped to raise R15 000, which would have been used to buy heaters to be mounted in the paediatric wards. At the moment, he said, the patients were waiting with bated breath for donations from doctors who have pledged R250 each.

“It is absolutely very cold, especially at night and in the morning. This impacts negatively on patients admitted in wards whose windows are broken,” Rambuwane wrote.

“I am not overlooking the fact that windows had to be opened for infection control. But it is a known secret that our hospital lacks enough resources. It pains me to the core to see our patients sleeping with only one or two blankets in these freezing wards,” he said.

The department yesterday denied having threatened action against Rambuwane.

“It is a lie that we victimised the doctor based on the plea he made. Our only problem with the letter was that he used a departmental stamp and letterhead to articulate his concerns,” said departmental spokesperson Thabiso Tefo – despite the letter having been signed off by both the senior clinical manager and acting CEO.

Another spokesperson, Neil Shikwambana, also backtracked on his earlier claims regarding the matter, saying: “I admit that I said there would be disciplinary action taken against anyone who is found contravening the department policy.

“I said this on one of the commercial radio stations in Limpopo, soon after the matter hit the public space. But I meant anyone and not specifically this doctor,” he said.

The situation at WF Knobel highlights the extent of collapse of health services in Limpopo.

Last week, Limpopo woke up to the news that patients at the Polokwane Provincial Hospital were fed rotten food. Patients at the Kgapane Hospital in the Greater Letaba municipality also recently complained that nurses at the hospital would chat on social media, while they waited in queues for hours.

Last week, Limpopo health MEC Phophi Ramathuba visited the Mokopane and the Kgapane Hospital on a fact-finding mission, and claimed urgent intervention was needed in many of the province’s hospitals.

“As for WF Knobel Hospital, I have instructed senior officials from the district and the province to assist in procuring the much-needed blankets and other supplies for the patients at the hospital,” she said. “I have also instructed them to make sure that critical repairs are done at the hospital in no time.”

Shikwambana said the department has decided not to institute any disciplinary action.

“The matter has been investigated by the MEC herself, together with other managers, and she believes the only remedy to address the problem is to provide leadership at the hospital,” he said.