Their 'love and romance' experience turned into a disaster when they were hijacked outside the Mangwanani River Spa at Hartbeespoort. 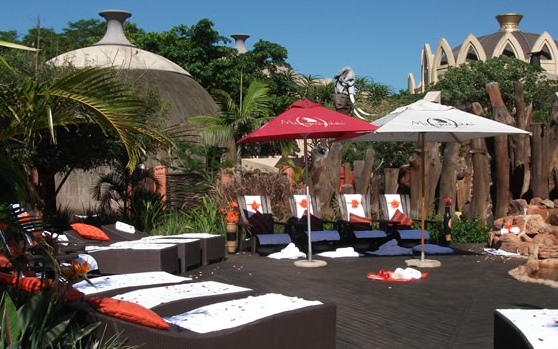 A Cape Town couple whose “love and romance” spa experience ended in disaster when they were hijacked outside the spa, have instituted a damages claim of over R2.4 million against the spa.

The damages claim by Regardt and Lucinda Jansen against the Mangwanani River Spa at Hartbeespoort was this week postponed indefinitely in the High Court in Pretoria to await a statement by a psychologist.

This was after the Jansens applied for summary judgment against the spa, which failed to defend the claim.

The couple booked a Mangwanani love and romance package, including accommodation at the Palazzo hotel, in February 2016 at a cost of just under R4 700.

As part of the package, they were collected by a Mangwanani driver in the spa’s bus from Montecasino late in the afternoon with the understanding that they would be returned to the hotel later the same night.

They said the terms of the booking included that the spa’s security company would escort the bus from the spa to the hotel when returning them, but claimed no such escort was provided, resulting in the bus being hijacked outside the spa’s premises.

The Jansens were robbed of their personal belongings, including their cellphones and a pair of diamond-studded earrings that Lucinda Jansen had received as a Christmas gift.

They said in court papers because their access card to the hotel was also taken, and they were physically and emotionally scarred and feared for their lives, they went straight home instead of spending the night at the hotel. Both needed counselling for their trauma, shock and distress after the incident.

They’re suing the spa for the amount they paid for their booking, the replacement cost of their stolen cellphones, the cost of counselling and for the deprivation of their liberty, freedom and security, injury to their bodily integrity and dignity, inconvenience and discomfort.

They claim the spa either wrongfully and intentionally or negligently caused their injuries by failing to provide security to escort the bus from the spa back to the hotel. The spa was therefore liable for damages.