Police revealed in court this week the details of the murder scene and the eventual arrest of the accused in the July 8 murder of the 85-year-old woman. 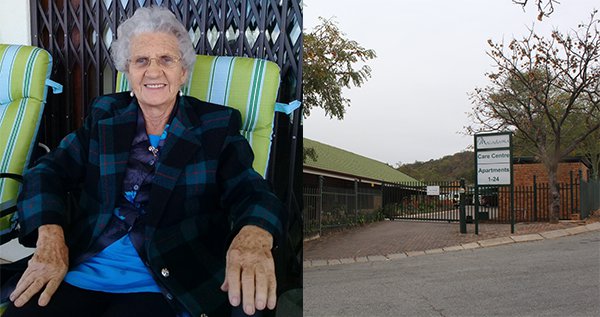 The families of the deceased and the accused were in court to witness the proceedings. 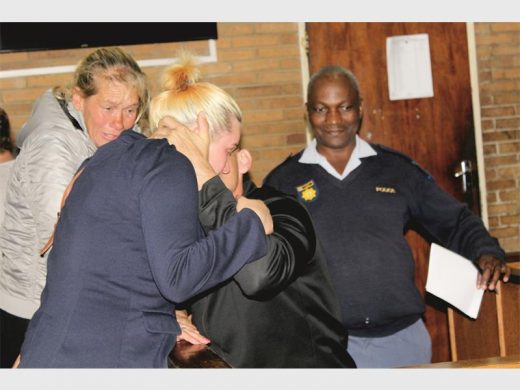 Shaun Oosthuizen’s family members support him in court as he is led to the holding cells.

Investigating officer Lieutenant-Colonel Erhard Stroh testified in court they were requesting that the court deny bail because the three were a flight risk.

He said Oosthuizen had seven previous convictions for theft. For the most recent case, he had served time in prison, and was released in 2013.

Vorster had four previous convictions. One was for the assault of a police officer. She also had an outstanding warrant for arrest regarding a theft of a cellphone at an old-age home in Bela Bela, Limpopo.

Du Plooy had no previous convictions. 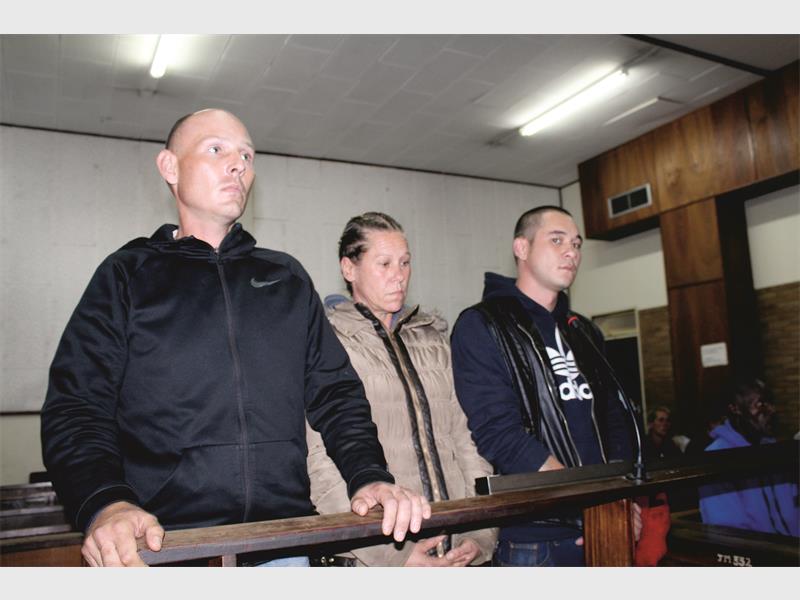 On the first day of the bail hearing, the three admitted that they were at her home at Macadamia Care Centre on the day of Potgieter’s death. However, they denied killing her.

They also claimed that police had assaulted them when they were arrested.

Stroh said they had CCTV footage of Oosthuizen and Vorster walking through the gate at Macadamia Care Centre and later exiting. Oosthuizen was seen exiting the premises with a cloth in his hands.

“The registration of their vehicle was a MP registration number, which we tested and discovered was false. We then got footage at another scene with the same vehicle, but with GP registration.” 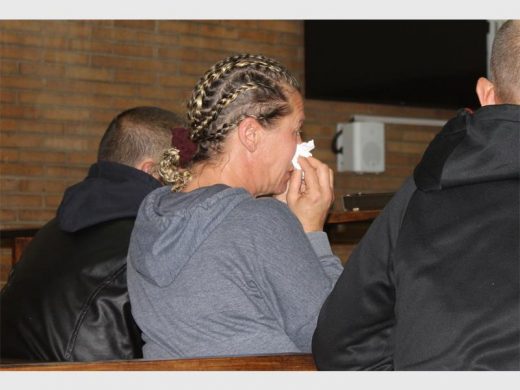 A tearful Maryna Mandy Vorster during the bail application.

Stroh added that witnesses at Herfsakker Old Age Home, where the three had gone before they went to Macadamia, had stated that the accused had also asked for a glass of water there.

He said one of the tenants of Macadamia had been left a message by Vorster. On the note it was written that she was looking for ‘Auntie Hettie’ to tell her her mother had passed away. There was a telephone number on it. “We discovered the number was nonexistent.”

Stroh described what he saw at the crime scene on the day of the murder.

“The TV was still on, the place had been ransacked. We found her body in the bathroom, both hands were tied behind her back, there was a cloth inside her mouth and another cloth tied around her mouth.”

The safe was open, and R10 000 was stolen out of it. “The safe key was missing. The family of the deceased had indicated that she normally kept it in her handbag or in her cupboard.”

Using the GP registration number, the three were tracked down in Krugersdorp. They were then arrested at Lovers Rock Caravan Park.

Oosthuizen later pointed out the crime scene to police.

During cross-examination, Nkosi stated that Oosthuizen had no conviction in the previous five years, and had been assaulted and forced by police to point out the crime scene. Stroh denied the allegations of assault.

Makwakwa argued Vorster had also been assaulted and that the police had no evidence to tie Du Plooy to anything.

The bail hearing continues on Friday.