‘Construction mafia’ to take on Treasury over contracts

Road construction has almost come to a standstill countrywide as business forums demand 30% of the contracts be awarded to local communities. Business forums, also often referred to as the construction mafia, are unlikely to take lying down National Treasury’s statement slamming abuse of the setting aside of 30% of government contracts for local communities.

Moneyweb earlier reported that road construction has almost come to a standstill countrywide because groups calling themselves business forums are demanding 30% of the contracts be awarded to local communities.

Virtually every major construction project in KwaZulu-Natal has been affected by threats of violence. Law firm Cox Yeats Attorneys has won about 30 court interdicts against such groups in the province.

These incidents started in KwaZulu-Natal, with the Delangokubona Business Forum playing a prominent role, but are now prevalent in several other provinces.

Last week, Treasury issued a statement saying it had received complaints in certain provinces and municipalities about abuse of the requirement that 30% of public procurement contracts be subcontracted to designated groups, as required by the preferential procurement regulations.

“It is alleged that some people are demanding they instead be paid in cash 30% of the value of each contract awarded,” the statement read. “If their demands are not met, they threaten contracts, [or] interrupt or stop the implementation of projects.”

Malusi Zondi, new president of the Federation for Radical Economic Transformation, rejected the notion that the 30% subcontracting requirement was not geographically defined.

The federation represents 37 business forums, including the infamous Delangokubona Business Forum, which reportedly has more than 3 000 members.

Zondi acknowledged that most of these members are former criminals. He said forum members had shut down construction sites because contractors had robbed them of their fair share, but that “nobody was robbed or injured”.

The federation has also engaged with state-owned companies, such as Transnet and Eskom, and is branching out into other sectors, including mining.

Zondi said the federation would “radically engage” with National Treasury to influence its unacceptable stance against ring-fencing 30% of contracts’ value for local communities.

In KwaZulu-Natal, he added, Africans should get preference over Indians and Chinese.

“Not that we are racist”, he said, claiming it was just unfair that these two groups dominate the business environment in the province.

Gerald Ndlovu, founder and executive director of Black Suppliers, questioned the complaints to Treasury and argued in favour of a requirement that benefits local contractors.

Black Suppliers has a database of “over 800 credible emerging contractors who sweat blood and tears before they are given any work”, he said. 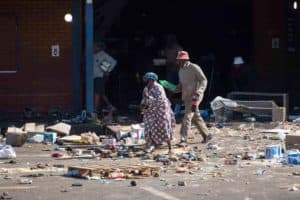 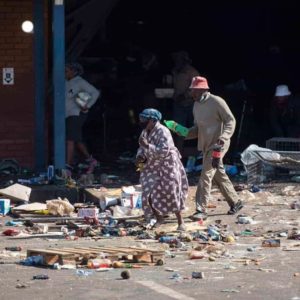 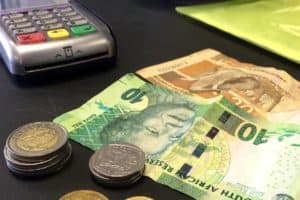 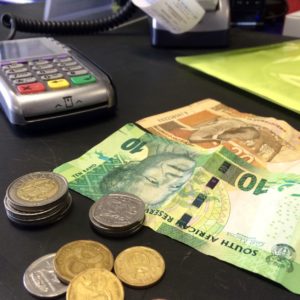