System glitches and heavy workloads within the department of education are just some of the excuses cited. 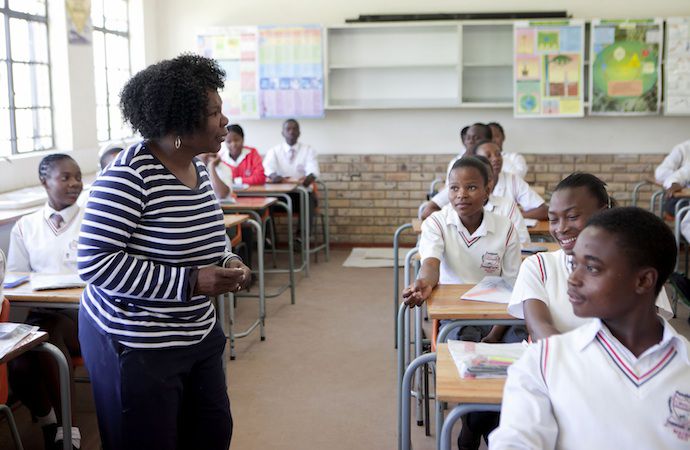 Temporary teachers who assumed their duties at the start of June have seemingly gone unpaid due to the department of education’s ‘heavy workload’.

The affected number of ad-hoc teachers who received their appointment letters is not known, as the department does not want to elaborate upon the issue. A few local calls, however, revealed ad-hoc teachers teaching at least four schools in Limpopo were affected, reports the Bosveld Review.

Teachers were struggling to scrape money together for transport, accommodation and food, as well as paying their bills, vehicles and medical aid scheme fees. Fortunately, some schools were in the position to assist the ad-hoc teachers with basic necessities to survive, for which the teachers were grateful.

ALSO READ: VIDEOS: Pupils beating up their teachers in SA

Some people at the department of education may have been ‘sitting on the issue’ and ‘not doing their jobs’, but it may also have been a case of a ‘heavy workload of officials’, as the department had many employees.

Schools and affected teachers have contacted several officials of the department to assist the temporary teachers in their plight, without success, and were sent from pillar to post. Some officials even said they would ‘look into it’.

Others said the person who is to load the details on the Government Employee Salary System Persal is on leave, and others never answered their phones or the e-mails sent to them. Officials informed the teachers ‘there were too many learners and these positions had to be filled’.

After having received no satisfactory answers, the schools escalated the matter, and some of the teachers contacted the media to inform them of the situation. A list of the names of people who have been contacted are in Bosveld Review’s possession, and has been supplied to the head office of the department. Teachers were informed by an official that Treasury has to ‘release’ or ‘create’ the posts, and that they ‘are sitting’ on the issue.

Both Treasury and the department of education were contacted to hear their side of the story. Teachers were told not to enquire any further, as they would be informed when the posts were released by Treasury.

According to Sydwell Sibanda, spokesperson of Treasury, there are a high number of personnel, especially at the departments of education and health, and filling vacant posts first has to be given the go-ahead by Treasury.

He said a headcount was done some time ago, and when the need arose, posts were created. He said personnel could not be appointed without there being a budget for them, and that was strictly monitored through a system of checks and balances. He said, however, some people at the department of education may have been ‘sitting on the issue’ and ‘not doing their jobs’, but it may also have been a case of a ‘heavy workload of officials’, as the department had many employees. He added the department of education should look at who the responsible people are for the delays and take appropriate action against them.

“Treasury regrets the fact that they [teachers] did not get what was due to them. Our officials did everything they were supposed to do.”

Sam Makondo, spokesperson for the department of education, said appointments of teachers were handled by district offices and head office would only react once problems arose.

He said the matter had been resolved and officials were working overtime to see to it that ad-hoc teachers would receive their outstanding salaries by the end of August. He added there were Persal ‘runs’, according to which people in different categories are paid, and he attributed the problem to a ‘system glitch’.

He said mediocrity could not be accepted when it came to public service, and promised the department would deal with the complaints received, as complainants deserved to be dealt with respectfully and responded to in a satisfactory way.