EFF severing ties with DA because elections are coming – analyst

The DA has 'failed to strategise a long-term plan for staying in power beyond coalitions and growing its own voter base.' 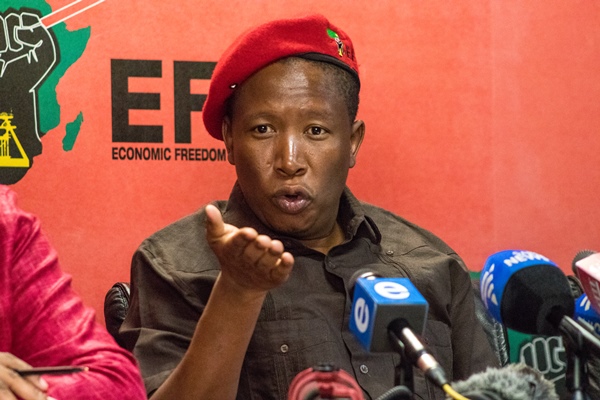 The shaky marriage between the Economic Freedom Fighters (EFF) and the Democratic Alliance (DA) has run its course, an analyst says, and the break-up may be good for both of them going into the 2019 elections.

Assessing the damage after the DA’s coalition partners in Nelson Mandela Bay (NMB) turned against the party, ousting Athol Trollip as mayor, political expert Ralph Mathekga said the DA was clearly dealt a “bait-and-switch” move when the EFF and other parties voted the party into power in three metros in 2016.

The DA also failed to strategise a long-term plan for staying in power beyond coalitions and growing its own voter base.

“What the DA usually does is to go into these coalitions with the goal of dominating other parties and directing things from the top. From the beginning, we were all asking ourselves how the DA was planning to manage the EFF to start with. Now that things are unravelling, it is now telling that there was never a strategy by the DA of going into these coalitions. They were simply responding to a sudden loss of power by the ANC.”

Yesterday, the DA vowed to challenge the vote on the motion of no confidence which ousted Trollip in his absence this week.

Questioning the credibility of the council meeting held for this purpose, DA leader Mmusi Maimane told journalists NMB had witnessed a “coalition of corruption” between the EFF, the ANC and the United Democratic Movement.

He said Trollip was unlawfully removed in order for the trio to gain access to public funds, echoing a long-standing accusation by the DA that newly elected mayor Mongameli Bobani was corrupt.

But UDM leader Bantu Holomisa told The Citizen the bad blood between Trollip and Bobani, who was the deputy mayor, was behind some of the infighting.

The process of ousting Trollip began a long time ago, he said, when his party realised he was “not good” for the metro.

“Even at that stage, when the UDM was joining the coalition, it soon became clear that Trollip and Bobani were both very strong characters who would often lock horns. At first we were saying they should both go because they were constantly clashing, and eventually the DA started accusing Bobani of being corrupt.

The claims of corruption came after Bobani himself was apparently asking too many questions and protesting the approval of certain transactions and procurement processes.

Things took a turn for the worse after Bobani laid criminal charges against city manager Johan Mettler last year, accusing him of corruption.

But Mathekga also attributed the fallout in NMB to an apparent bait-and-switch masterplan by the EFF, whose allegiance to the DA was never established.

“I’m not surprised they are turning around and saying ‘thank you, it was very nice and goodbye’”. He said it made political sense for the EFF now to sever ties.

“They want to show their own voters they do not have an alliance with the DA. Usually in South Africa the climate is very different before general elections, as compared to local government elections. The EFF now wants to cement its identity as a party that, in fact, hates the DA.”

King Dalindyebo urges subjects to vote for EFF to 'teach the ANC a lesson'
9 hours ago
9 hours ago
PREMIUM!

King Dalindyebo urges subjects to vote for EFF to 'teach the ANC a lesson'
9 hours ago
9 hours ago
PREMIUM!