One boy and four girls were born to Augustine and Jabulile Buthelezi from Sunward Park. 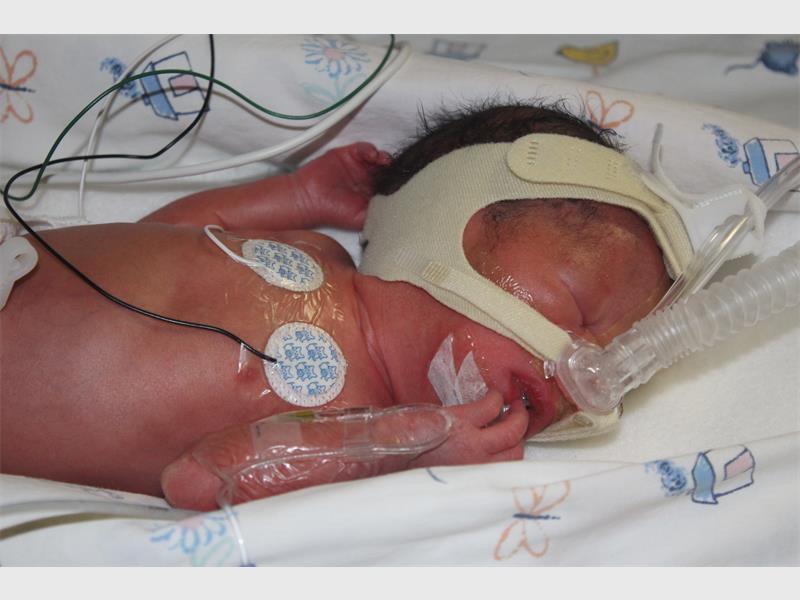 One of the quintuplets born to the Buthelezis.

The city of Ekurhuleni has welcomed the arrival of five of its littlest new residents when their mother gave birth at Clinix Botshelong-Empilweni Private Hospital in Vosloorus last Thursday.

The quintuplets, one boy and four girls, were born to 32-year-old Jabulile Buthelezi from Sunward Park, said hospital spokesperson Mendy Mbatha during an interview with Kathorus Mail.

Augustine Buthelezi, the proud father of the quintuplets, said they ran short of names as they prepared for three babies. 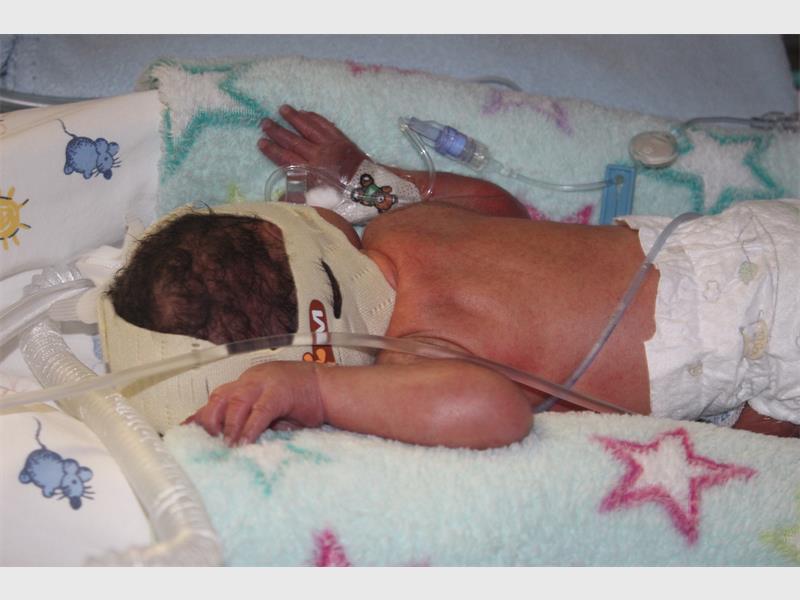 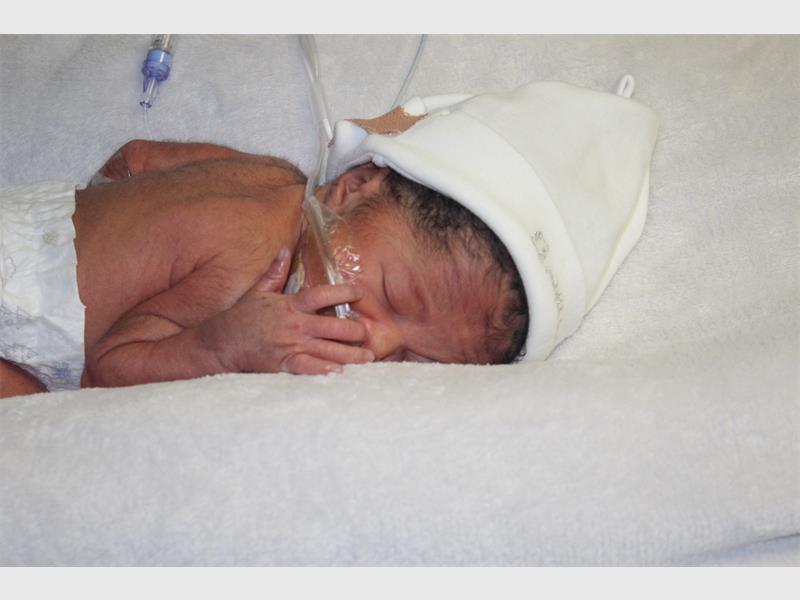 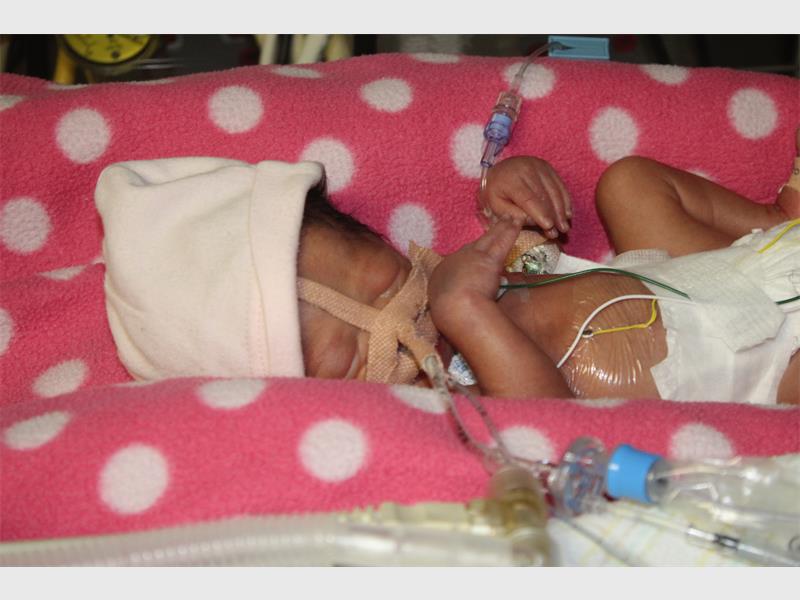 “We prepared three names because we were expecting three babies. The initial scan revealed four babies, but one baby hid as time went on as doctors could only see three babies. Our research revealed sometimes it happened that a baby could hide,” said Buthelezi. 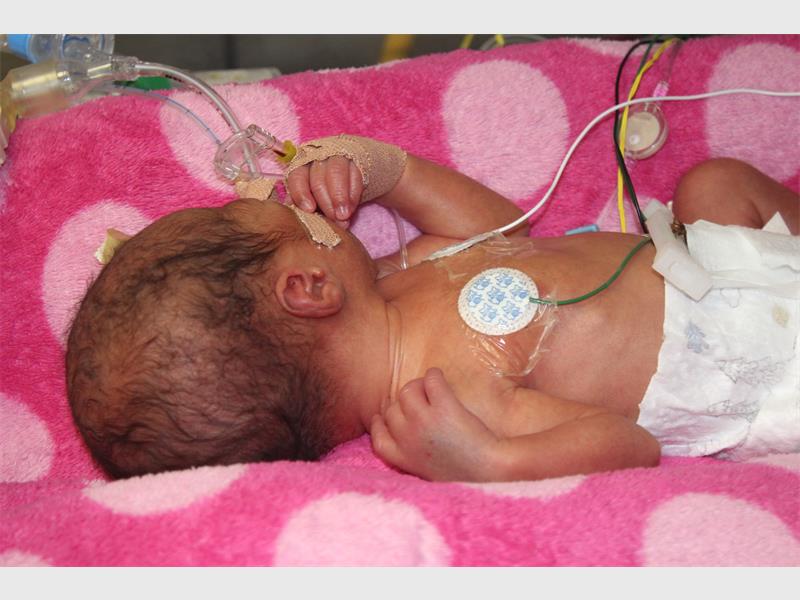 One of the baby girls yet to be named.

It is not the first time Buthelezi is blessed with more than one baby being born at the same time.

He said he is the only one in his family to have his wife give birth to more than one child at the same time.

Buthelezi thanked the hospital for their support since the first month of his wife’s pregnancy. His wife was unavailable for comment as she was still in theatre.

Buthelezi said he was very excited about these gifts and so is his family, especially his mother, who collapsed out of excitement as soon as she heard the good news.

Dr Moeng Pitsoe, who delivered the babies, said: “What makes me happier is the fact that the mother and her quintuplets are in good condition and are doing extremely well. The babies are, however, to be kept on ventilators as they weigh less than 1.2kg.

“We managed the pregnancy as if expecting three babies. After the seventh month, the mother experienced breathing problems. To avoid complications, a caesarean section (C-section) was performed. The first baby came, the second, the third. Then the fourth and the fifth. I even looked for a sixth one,” explained an excited Pitsoe. 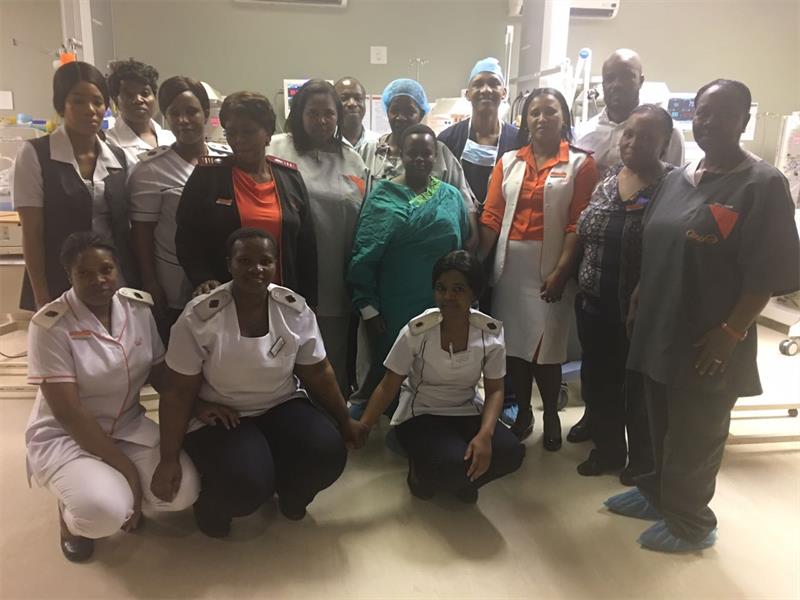 Excited maternity ward staff of Clinix Botshelong-Empilweni Private Hospital in Vosloorus, who assisted Dr Moeng Pitsoe in delivering the five babies, and management of the hospital on September 6 after the babies were born.

“The decision to perform a C-section was taken in the best interest of the mother and the unborn children.”

He pleaded with people to support the Buthelezi family since taking care of one child is very expensive, not to mention five.

According to John Kongo, the hospital manager, it is the first time in the history of the hospital, as well as the community of Vosloorus, that quintuplets were born.

“We are extremely proud of the team from the maternity ward at Clinix Botshelong-Empilweni Private Hospital who ensured this exceptional case was taken care off in the most professional manner,” concluded Kongo.